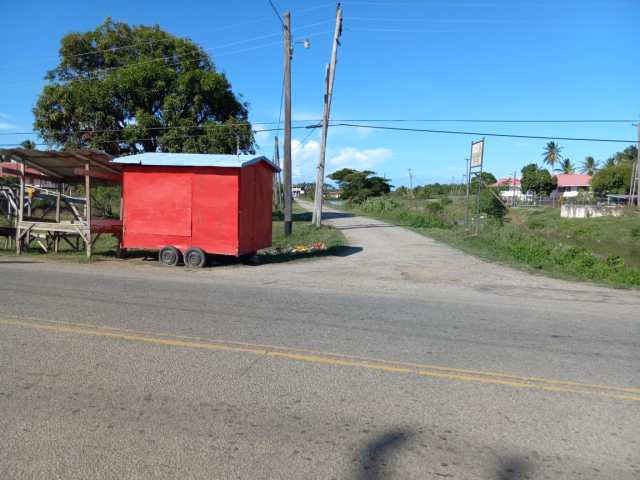 An investigation has been launched after the Johns/Port Mourant Neighbourhood Democratic Council (NDC) reportedly gave permission for construction works to take place on the Government’s reserves.

The matter was raised with Local Government and Regional Development Minister Nigel Dharamlall, who has since indicated that the NDC has no power to grant permission for building on Government reserves.

The Minister on Monday met with the NDC and the residents of Port Mourant and Tain to address several issues.

It was unearthed that one person even applied for permission to build on the reserve at Tain.

This angered many of the residents who complained of the frequency at which new structures are going up on Government’s reserve and the NDC is silent.

One resident who had reportedly erected a concrete structure to be used as a car wash facility told the Minister that it was his way of providing for his family.

“You have no authority unless I give permission. That is why you all create problems for people because what will happen is that you will do for one and you will have to do for the others and that is where the corruption happens in NDCs,” the Minister stated.

Nevertheless, the Minister charged that if the matter is not addressed by November 30, the NDC Overseer can be fired.

The Johns/Port Mourant Council met on November 11, 2021, and December 9 was set to elect new Chairperson and his deputy.

However, according to Chapter 28:02 Section 28 (2) of the laws of Guyana law, it is the Overseer who must set the date for the elections and then inform the Council. The law also says that those elections must be held before 08:00h.

Meanwhile, staff at the Johns/Port Mourant NDC have not been paid since July but Minister Dharamlall has instructed that the Overseer use funds to ensure that the workers are paid.

However, the Overseer, Deodat Thakoordeen, told the Minister that he cannot use money from the subvention to pay the workers. The payroll for the 42 employees is $940,000 monthly while the available funds stand at $852,000.

The Overseer was threatened that if he does not pay the workers, he will be fired.