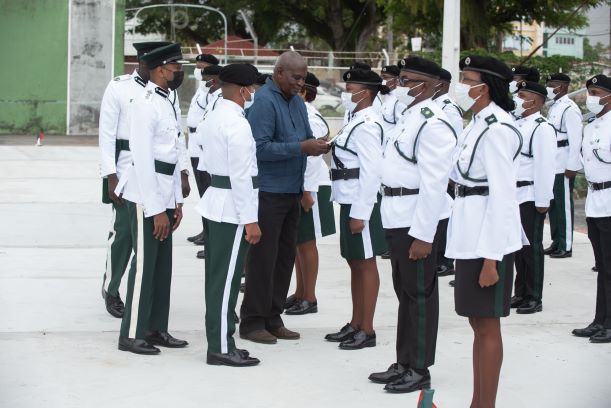 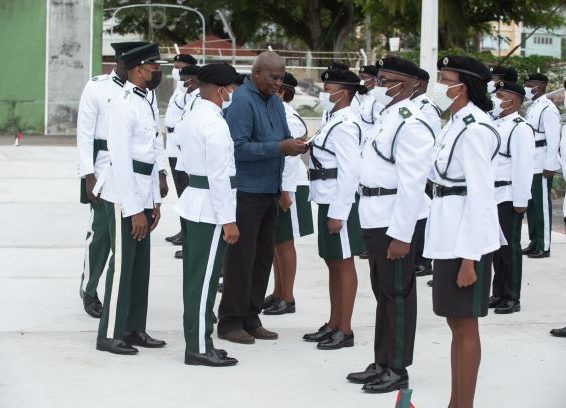 The long service and dedication medals were presented to 31 Prison Officers today during a Medal Award Ceremony held at the National Racquet Center Tarmac.

However, an additional 62 officers were also recognised for serving 15 years in the organisation as well.

The medals were presented to ranks who have given over 15 years of service to the Guyana Prison Service.

In his address at the medal ceremony, Home Affairs Minister Robeson Benn, emphasised that responsibility, dedication and hard work are the essential values that should always drive Prison Officers in their duties.

Prison Officers, he underlined, have the crucial role of upholding law and order in the penal system and should therefore carry out their duties in an effective and efficient manner for a safer environment through best correctional practices.

Minister Benn commended their efforts and sacrifices as well as their vast contribution in the progress achieved by the prison service.

Meanwhile, Director of Prisons, Nicklon Elliot charged the ranks and officers to continue to adhere to the established ethical rules in order to maintain a secure and efficient environment in the country’s prisons, when he congratulated them for their services.

Mr. Elliot extended gratitude to the ranks for their contributions as criminal justice professionals, while explaining that their efforts have created an “environment for inmates to acquire the skills and attitude to be effectively reintegrated in their communities. 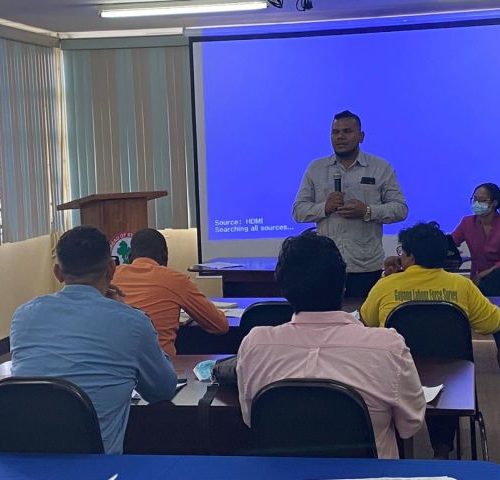 Guyana to begin pilot population and housing census on May 15

On congratulating the medalists, he urged them to continue to conduct themselves in a manner which other ranks can emulate as this would create a sustained environment of efficiency and professionalism.

The ceremony was established to recognize the valuable services given by prison officers, particularly those who inspired other members of staff through their efficiency and dedication to the prison service.

The list of medalists was headed by Principal Officer 11, Shellon Nero for 33 unbroken years of service.

Also graced the occasion was Permanent Secretary within the Ministry of Home Affairs, Mae Toussaint Jr.