Minister within the Office of the Prime Minister with responsibility for Public Affairs, Kwame McCoy, and the Guyana Press Association (GPA), on Monday, condemned the reported attacks and intimidation by the APNU/AFC on two cameramen attached to the National Communications Network (NCN).

On Monday, the NCN said that the APNU/AFC continues to attack and intimidate its employees. The latest incident, it disclosed, was on Sunday, November 6, at Arcadia Four Corner, Mocha, East Bank Demerara (EBD), where the main parliamentary Opposition held a public meeting.

In the course of executing their duties to provide coverage of the meeting, it said the cameramen were attacked and intimidated by APNU/AFC Member of Parliament (MP) Nima Flue-Bess.

“MP Flue-Bess demanded that the cameramen present their IDs. Upon stating their place of employment, the cameramen were told there was no need for them to record the event. This was in spite of other cameras that were in place to cover the said event,” a release from NCN said.

Having stood their ground to execute their duties, NCN said that MP Flue-Bess then called the Police officials present to have the cameramen removed. The Inspector and Sergeant on the scene engaged the cameramen and threatened to seize their equipment if they record the event.

According to a press statement from NCN, it was only after the intervention of a senior Police officer that the cameramen were able to proceed with the execution of their duties.The NCN noted that this is not the first time its staff has been attacked and intimidated and denied access to events hosted by APNU/AFC. During the National Toshaos Conference in July, another camera operator who arrived to cover the Opposition’s reception of the leaders at Bookland Gardens, Woolford Avenue, Georgetown, was turned away by Opposition Leader Aubrey Norton.

Then, in May this year in Linden, Region 10 (Upper Demerara-Berbice), the NCN team was again attacked during a poorly attended walkabout the Opposition had in Amelia’s Ward, Linden.

Last month, it revealed that a member of the news team posed a question to the Opposition Leader over his threats to remove Jermaine Figueira as the APNU/AFC’s Region 10 Chairman after he shook hands and interacted with President Dr Irfaan Ali while on a walkabout in Linden. After evading the question, Norton instead attacked the company’s coverage of his party’s events.

“NCN forthrightly condemns these attacks by the APNU/AFC on its staff and views it as a direct attempt to intimidate and prevent them from performing their duties at a public event. This exposes a glaring double standard by the APNU/AFC which claim that NCN withholds coverage of their events. NCN has since lodged a formal complaint with the Police Force and has informed the GPA.”

Minister McCoy, on the other hand, made it clear that this type of behaviour by the Opposition will not be condoned. “We have seen the attempts by Norton and his cabal to bully the media and to intimidate them, even at press conferences. We have seen their avoidance of the media while in Government,” said the Minister in a video-recorded statement on Monday.

Now that the APNU/AFC is in Opposition, he added that he believes the party does not want the media at its public outreaches because it would highlight its “poor leadership” and that the meetings are sparsely attended. According to the Public Affairs Minister, the coalition’s actions are serious enough to attract the condemnation of all civic-minded Guyanese.

In this regard, he emphasised that the press and everyone who believes in the right and freedom of the press must not allow this behaviour by the APNU/AFC or any group trying to intimidate and bully the media for their own selfish reasons.

Concluding, Minister McCoy said he looks forward to the Police taking action and offered words of encouragement to the media workers who executed their duties, despite attempts to make them feel unwanted at a public event.

Meanwhile, the GPA in denouncing this “most reprehensible act of harassment and intimidation” of media workers, called on Norton to first and foremost set the tone of relations with the media by being forthcoming with proper and detailed answers rather than being abrasive and evasive when asked for details and supporting evidence.

The press body reiterated that media workers are to be respected by all and called on politicians as well as other members of the public to respect the need for media workers to operate in an environment free of intimidation. As the country approaches another election cycle, the GPA said it expects that the media would be allowed to operate without intimidation, and resentment and free from abuse, especially from those who hold political offices. 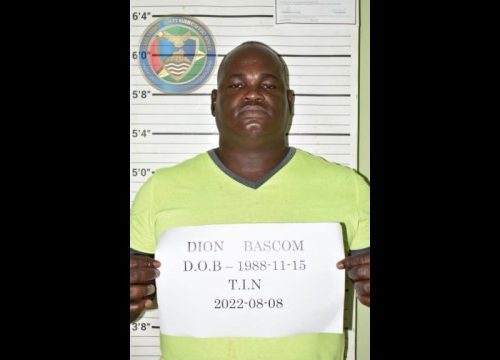 “Gone should be the era when a television news camera is snatched and taken to Congress Place, Sophia, Greater Georgetown, media workers are labelled vultures or identified in an unflattering manner by political figures at public meetings,” the GPA’s statement highlighted.

The APNU/AFC has, however, dismissed NCN’s claims while saying that it was intended to create conflicts.

“We categorically refute these assertions as completely defamatory, mischievous, and intended to create conflict between the political party and the media as a feeble attempt to justify NCN’s refusal to allow the Opposition equal airtime,” asserted MP Flue-Bess, who said that at no time were media operatives attacked by her colleagues, party supporters are any person at the public meeting.

According to her, she and the party’s public relations officer approached two men who were attempting to record the meeting without a press pass or any form of identification and asked them whether they were media workers and to which media entity were they attached.

She said that, in the presence of Police ranks, the men were warned against impersonating the media and were allowed to record the public engagement without interference.“Astonishingly, the National Communications Network now claims that the gentlemen are within their employ contrary to the said employees stating that they were employed by another news agency.

Despite the untruthful and ill-intent claims, the fact remains that despite the alleged NCN employees failing to comply with standard regulations for members of the media, they were allowed to document the meeting. Further, we call on the State-owned agency to follow all journalism and media coverage ethics, and equip persons with the necessary means of identification…”

Coalition MP Flue-Bess added that it is unfortunate that the GPA did not contact the political party before issuing its statement, especially when it is known by the public that NCN is not a fair and objective media entity but is subjected to the full political directive.She nevertheless reaffirmed her party’s commitment to a free press. “We assure all Guyanese that the coalition will continue to champion the cause of free speech and the right to information.”