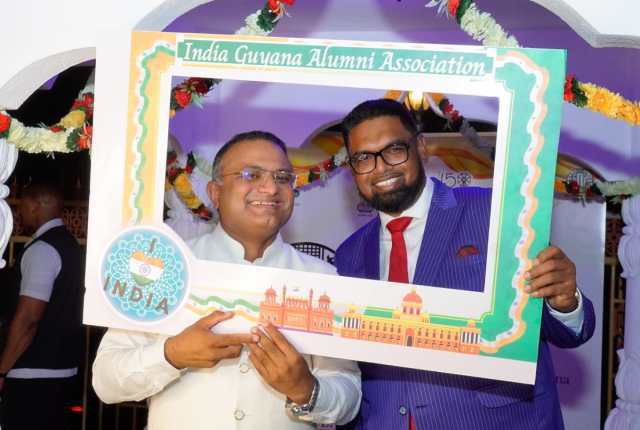 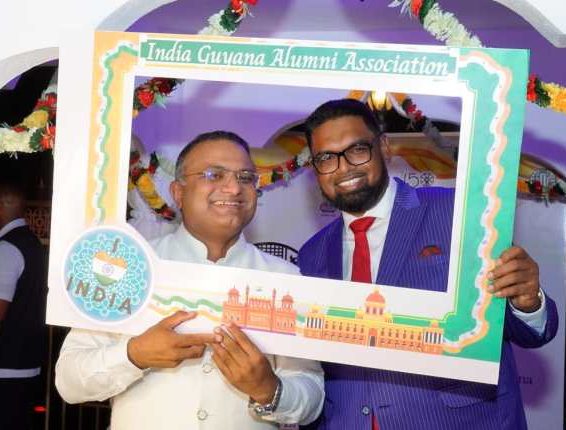 President Dr Irfaan Ali pointed to the importance of the Indian Technical and Economic Cooperation (ITEC), particularly its “functionality” in the ever-changing education landscape.

The Head of State, who is an alumnus, made this assertion on Tuesday evening as he delivered remarks at the ITEC Day reception held at the Swami Vivekananda Cultural Centre, hosted by the High Commissioner of the Republic of India to the Co-operative Republic of Guyana, Dr K.J Srinivasa.

ITEC Day is commemorated on September 15 every year. This year marks the 58th year of the programme.

“I am convinced that the ITEC programme will continue to be a great platform through which global human resources are refined and developed in a functional way to participate in the development of our real world.”

President Ali also noted that a number of Guyana’s national assets were trained in India and that more Guyanese are benefitting from its array of programmes.

“So, one may say it is a large population that is agriculturally based, but they don’t produce the high intensity human resources, only in agriculture. Look at the medical field, the financial field, the field of economics, aviation, NASA, … This tells you about a system that is designed to ensure the human resource capacity is developed to the highest level to become functional in the world we live in. And that is a very important aspect of the ITEC programme—the functionality of the programme.”

The Government and the people of India, he said, must be congratulated for the important investment they continue to make in building their human resource capacity.

Guyana, the President explained, is also focused on educational development. He said that the Government aims to bolster the country’s human resource capacity to ensure that Guyanese can benefit from all levels of development opportunities.

“We are on a journey now in Guyana to build the human resource capacity for 2030 and beyond. That is why you hear me speaking about the introduction of coding in our primary schools and software development in our secondary schools. Because we are preparing our human resources, through the revenues and resources we have now, to function in a very different world from 2030. If you believe that this is the world that we’re going to face in 2030, you need to wake up and smell the coffee.”

The President envisioned that Guyana’s future will be built on innovations by a knowledge-based economy, driven by technology, supported by strong research and development, focused on AI and robotics and highly specialised areas. 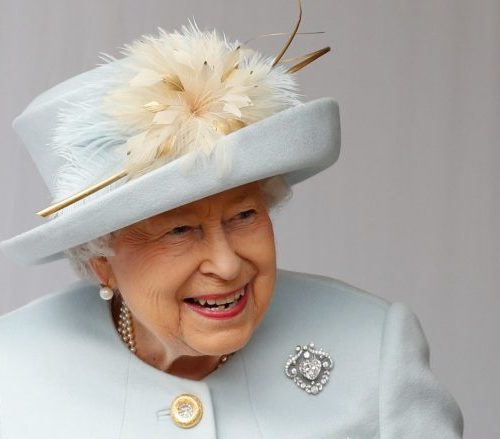 “This is the country we are building. The resources from oil and gas allow us the opportunity to build this country.”

The ITEC programme, fully funded by the Government of India, has progressed over the years and now attracts participants from 161 countries in Asia, Africa, East Europe, Latin America, the Caribbean, as well as Pacific and Small Island countries.

Participants are trained in capacity building, empowerment and the upgrading of skills, among other areas.

Mrs Mignon Bowen-Phillips, (the wife of Prime Minister Mark Phillips); the Minister of Public Service, the Honourable Sonia Parag; Speaker of the National Assembly, the Honourable Manzoor Nadir; members of the diplomatic Corps and ITEC Alumni were also at the event.