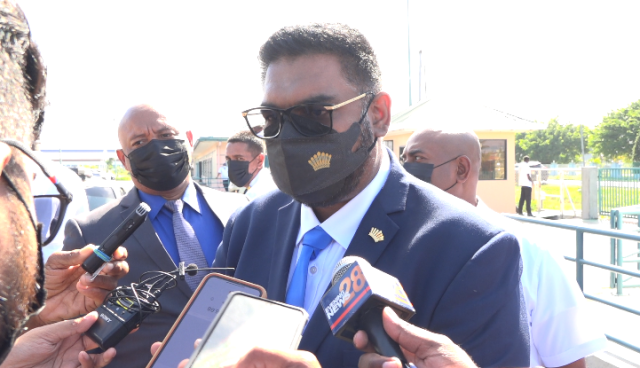 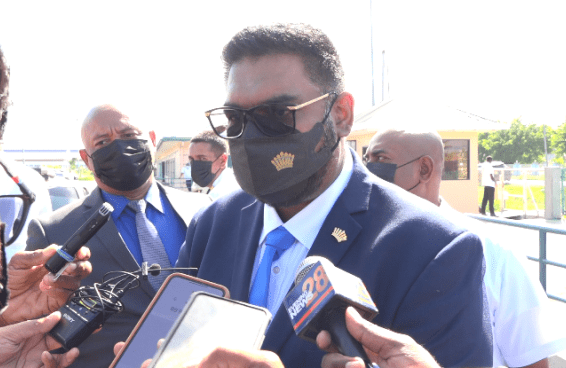 Reiterating the country’s strong objection to Russia’s ongoing invasion of Ukraine, President Dr Irfaan Ali has defended Guyana’s position on the recent vote at the United Nations: to have Russia removed from its Human Rights Council (HRC).

On Thursday, the UN General Assembly voted to adopt a resolution calling for Russia to be suspended from the Rights Council over allegations of “gross and systematic violations and abuses of human rights” as a result of its troop invading Ukraine.

While 93 Member States voted in favour of the resolution, some 28 countries voted against, and another 58 countries abstained, including Guyana. In fact, several Caribbean Community (Caricom) nations were also among the abstentions.

However, President Ali, on Friday, told reporters that Guyana remains “very strong” against the war and Russia’s invasion of Ukraine. He reminded that Guyana had previously voted “yes” on many issues relating to this issue, but this time around, he explained, the country is awaiting the outcome of two sets of engagements – one at the UN level and the other at Caricom – before making a decision.

“We stand solidly with the rest of the world in condemning the war and in asking Russia to go back to diplomacy and in having this war brought to an end; that is without a doubt. This matter was discussed among heads.

“The UN has launched the process of doing the investigation to come up with the factual basis on what is happening in terms of human rights’ violation… What we have said is once that report comes out, then the findings of that report must be respected and supported.

“We’re working with Caricom, we are coordinating an information flow also, to understand what is happening in the rest of the region, because this was something that came up very quickly… and it’s weighty decisions,” the Guyanese Head of State noted.

Consultations among Caricom Heads at two meetings this week did not result in a consensus position on this foreign policy issue.

Meanwhile, the HRC last month established a Commission of Inquiry which has a mandate to investigate all alleged rights’ violations and abuses and related crimes by the Russian military, and to make recommendations on accountability measures.

President Ali on Friday told reporters, “Let me be very clear on this: one, we are strongly in support of every action to bring this war to an end; and two: we are against the invasion of Ukraine and the miliary action.”

The Irfaan Ali-led Guyana Government had joined global condemnation of Russia’s attacks on Ukraine on February 24, and had called for an immediate ceasefire and peaceful resolution of differences between the two European neighbours. 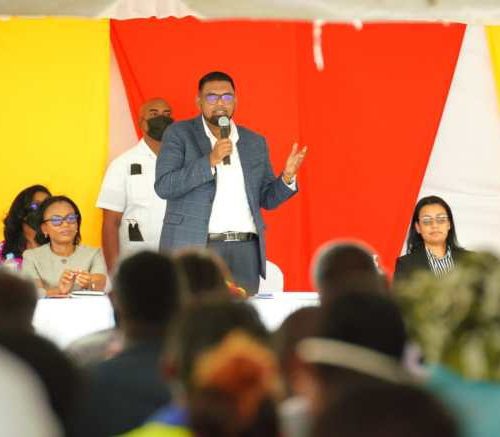 “Guyana is gravely concerned over the recent military intervention by Russia in violation of the territorial integrity and sovereignty of Ukraine, and calls for an immediate cessation of hostilities and a return to diplomacy,” a February 24 statement from Government has said.

According to the People’s Progressive Party/Civic (PPP/C) administration, “Guyana deplores the threat or use of force in the conduct of international relations, and urges a peaceful resolution of the differences that currently exist, in consonance with the rule of international law and the provisions of the United Nations Charter.”

The missive went on to outline that the current military action in Ukraine is contrary to the principles of respect for territorial integrity, sovereignty, and non-interference in the internal affairs of another sovereign State.

“The aggression against Ukraine is a threat to the region and countries everywhere. Guyana supports the efforts of the United Nations Secretary-General to bring a speedy resolution to the situation in Ukraine and cease the threat to international peace and security,” the Government had stated.

Guyana had further indicated that it has been consulting with its international partners on this matter.