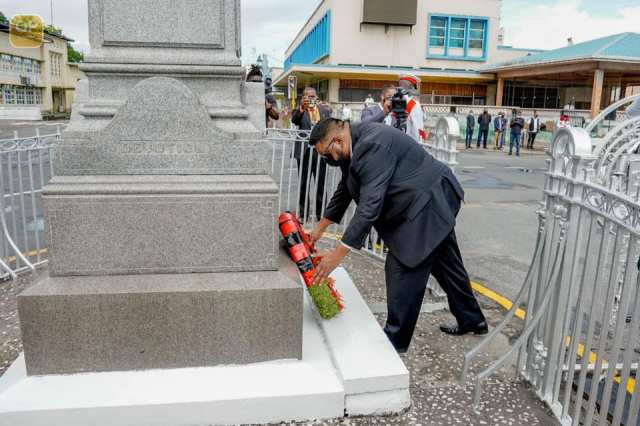 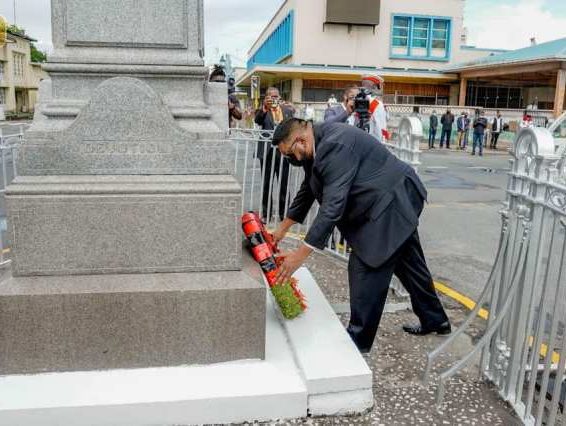 President Ali said that the Sunday of Remembrance, which is commemorated annually, is to pay homage to all the men and women who lost their lives in the two world wars.

“We are forever indebted to them for their supreme sacrifice in the cause of peace and freedom.”

He noted that the day is also to recall, with gratitude, those who have made personal sacrifices in their struggle for human dignity, social justice and freedom from all oppression through the years.

The President added that their examples should strengthen our resolve to maintain efforts for a world at peace with justice and prosperity for all people.

“On this solemn occasion we, the citizens of the Co-operative Republic of Guyana, rededicate ourselves to the search for peace everywhere and renew our commitment to the development and well-being of our beloved country.”

The Head of State was joined by Prime Minister Brigadier (Ret’d) the Honourable Mark Phillips; several other Ministers of Government; Members of Guyana’s Veterans Legion; members of the Diplomatic Corps and senior officials from the Guyana Defence Force and the Guyana Police Force.

There are currently nine surviving veterans from World War II.