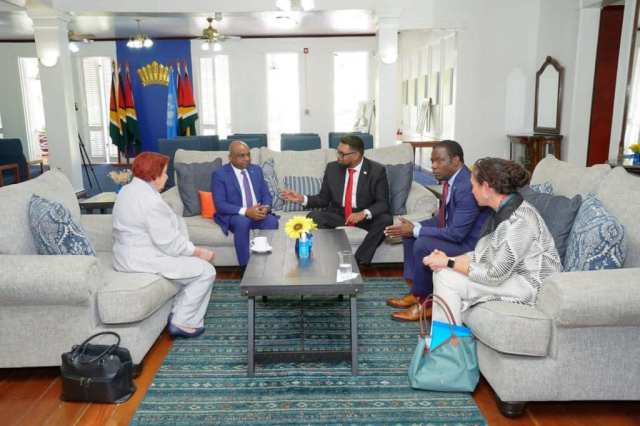 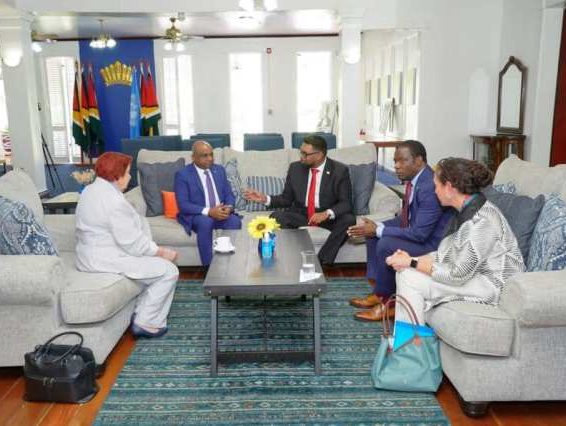 President Irfaan Ali earlier today met with the President of the 76th Session of the United Nations General Assembly (UNGA) H.E Abdulla Shahid and his delegation at State House.

The Head of State used the opportunity to congratulate Shahid on his leadership and accomplishments, particularly with his involvement of youths in the work of the General Assembly.

The President also updated the visiting official on the recent establishment of the Youth Advisory Council in Guyana. This move, he explained is to allow for the involvement of youths in Guyana’s national development and to foster their involvement as “agents of change”.

He noted too the efforts towards the inclusion of women and youth empowerment.

President Ali also spoke of Guyana’s national and regional food security drive, the Government’s integrated approach to development, and its focus on building out traditional and non-traditional sectors.

In his remarks, the UNGA official lauded President Ali’s work in food security and his progressive vision for the country and its people. 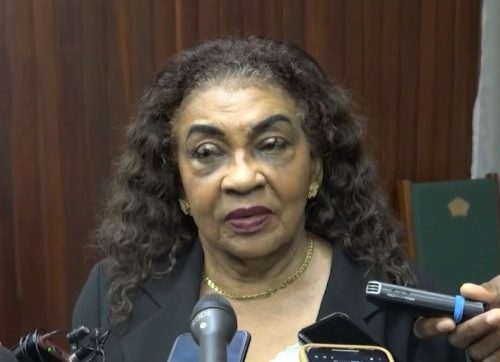 Operations will be guided only by constitutional, legal provisions – GECOM

Following the brief discussion, President Ali presented the 76th Session of the UNGA President with a painting by talented Guyanese artist, Dillon Craig.