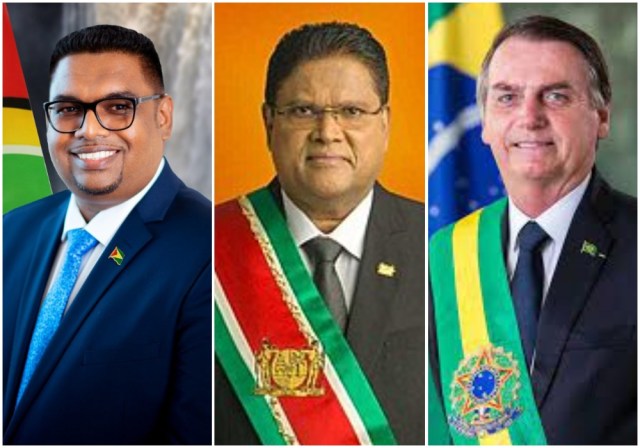 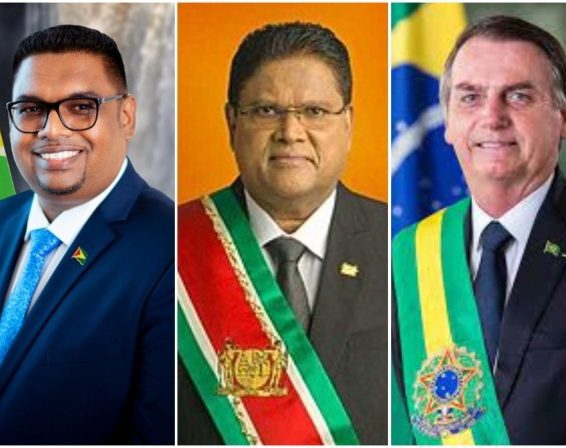 President Dr Irfaan Ali will be off to Paramaribo, Suriname, next year to attend a high-level trilateral meeting with the Heads of State of both Suriname and Brazil, as part of Guyana’s efforts to advance diplomatic collaboration and several shared initiatives in the Guiana shield.

On Friday, Foreign Affairs Minister Hugh Todd met with Brazilian Senator Francisco de Assis Rodrigues and his delegation from Brazil. During the meeting, the upcoming trilateral meeting in Paramaribo in January was underscored as an opportunity for further bilateral discussions.

According to the Foreign Affairs Ministry, a meeting in Georgetown, Guyana, between President Ali and President Jair Bolsonaro of Brazil will follow the trilateral meeting in Paramaribo.

Minister Todd also used the opportunity to highlight Guyana-Brazil relations and their significant importance to economic integration in the region. He also recognised the advantage of Guyana’s unique geographical location in relation to the Atlantic Ocean and alluded to the mutual benefits to be derived from such access for Guyana and Brazil.

“The Senator alluded to the importance of trade between Guyana and the bordering State of Roraima and informed that the State of Roraima has extensive experience in agriculture production, particularly in soya and corn and utilises the most advanced technology.”

“In this regard, Minister Todd and Senator Rodrigues expressed optimism for the opportunities that the linkage road from Linden to Lethem will present for the two countries,” a statement from the Foreign Affairs Ministry said.

Among the projects planned for the Guiana shield that requires bilateral cooperation between Guyana, Suriname and Brazil is a deep-water harbour that is likely to be built by Abu Dhabi Ports. During a press conference last month, President Ali had discussed this project and the ongoing bilateral talks.

“The deep-water harbour, as you know, is a project that is across borders. Brazil, Suriname, and Guyana. We have started discussions with both Brazil and Suriname. All three countries are strongly committed to this project. Brazil has reinforced its commitment, because the deep-water harbour is important in terms of their own efficiency, capability. It affects the cost of doing business for them very positively.”

During President Ali’s visit to Dubai last month, he had met with officials from Abu Dhabi Ports. The company’s Chief Executive Officer, Mohamed Juma Al Shamisi, who is also the owner, operator, developer and regulator of Abu Dhabi’s maritime infrastructure and Khalifa Industrial Zone (KIZAD), had said they are very serious about investing in Guyana.

President Ali had meanwhile emphasised to the group that his Government is willing to facilitate the project by creating incentives and by ensuring that investments made are feasible for all parties involved.

Moreover, the President had indicated at the time that Guyana wants to build a strong partnership with Abu Dhabi Ports to create a new logistics hub for the United Arab Emirates that will connect business opportunities in South America, Central America, the Caribbean, North America and West Africa.