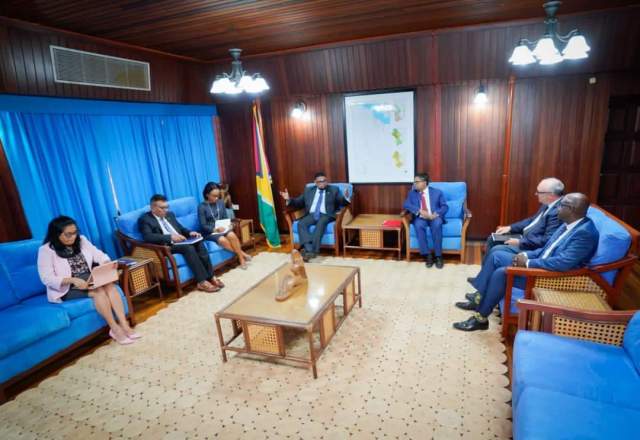 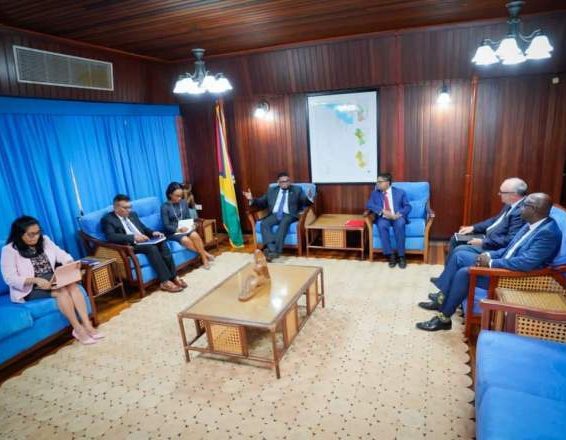 President Dr Irfaan Ali has met with representatives from the Caribbean Community (Caricom) Private Sector Organisation (CPSO), to discuss non-tariff barriers and other matters related to the advancement of Caricom.

The meeting was held on Tuesday at the Office of the President on Shiv Chanderpaul Drive. During the meeting, President Ali reaffirmed that Guyana was ready to work with all stakeholders and partners in the Region to ensure the prosperity of Caricom.

He also made it clear that “the prosperity of Guyana is the prosperity of this Region” and explained that the intention was for the Private Sector to be the driving force and to be bold and decisive in its decision-making.

CPSO’s representatives included the Head of the Secretariat, Dr Patrick Antoine and Chief Executive Officer (CEO) of the Musson Group, Paul Scott. In his remarks, Dr Antoine lauded President Ali for addressing the issue of non-tariff barriers with Caricom leaders during the recently-concluded Agri-Investment Forum and Expo in Guyana.

Earlier this year, there was widespread public outrage among Guyanese Private Sector stakeholders over comments made by top officials in a leaked email claiming that Guyana’s local content law, which makes provisions for Guyanese persons and Guyanese businesses to benefit from the oil and gas sector at specified percentages, violates certain provisions of the Revised Treaty of Chaguaramas.

The issue had also sparked calls for Guyana to consider exiting the Caricom Single Market and Economy (CSME), with Georgetown Chamber of Commerce and Industry (GCCI) President Timothy Tucker pointing out that Guyana has always been short-changed within the regional bloc when it comes to trade.

The Guyana Government’s position has been that while the country is open to foreign investors, especially those within Caricom States, including Trinidad and Tobago (T&T), they must partner with Guyanese businesses and individuals. 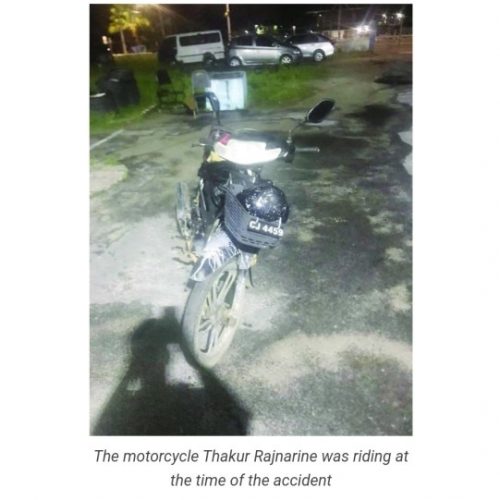 Following the recently-concluded Agri-Investment Forum and Expo held in Guyana from May 19 to May 21, T&T Prime Minister, Dr Keith Rowley had made it clear that there was no need for Trinidad and Tobago and Guyana to “get at each other’s throats” on the issue of local content and misrepresenting intentions.

He noted that they must approach the matter from a positive perspective. According to him, his Government has not taken any “aggressive” position on Guyana’s local content law when it comes to challenging it.

“You have to go in thinking positively, that you have what it takes to pass. And we believe that the Treaty of Chaguaramas is sufficiently robust to deal with any of these matters,” Dr Rowley had further explained.