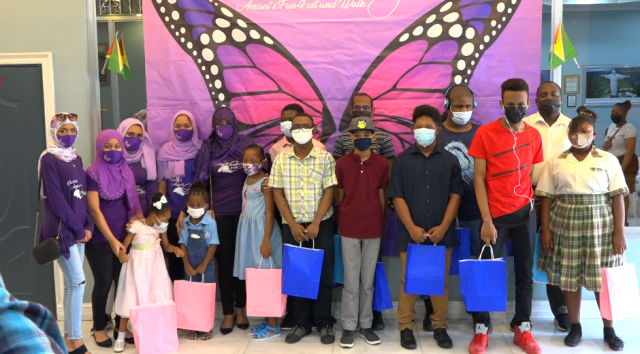 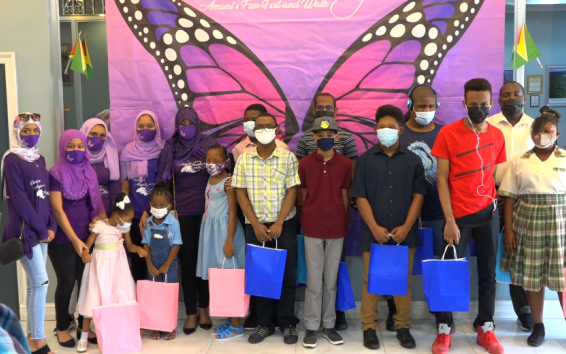 The Precious Angels Charity, a nonprofit organisation whose mission is to raise awareness about the rare neurological disability Rett Syndrome, has donated some $1.5M to several schools for children with special needs.

Those institutions that benefited from the donation are Gifted Hands Learning Academy, St Barnabas School, MET Pride Academy, and the Autism School.

The simply handing over ceremony took place at Mohamed’s Enterprise located at Lombard Street, Werk-en-Rust, Georgetown. Donations were in the form of money as well as gifts to the students.

In an invited comment, representative of the charity organisation, Isha Khan told INews that “we’re hoping to establish a cure for Rett Syndrome in Guyana or start a Rett Syndrome clinic to help kids be diagnosed with Rett Syndrome at an early stage in their life.”

She indicated that the Charity usually hosts walk events to bring awareness to the rare disease, however, due to the pandemic, this was put on hold.

“Every year we have an annual fundraising event… but this year we’ve been affected by the COVID-19 virus, we were not allowed to have our public annual walk or public event, so we decided to invite the schools and the representatives of some of the schools to give them gifts and some money,” Khan explained.

Rett Syndrome is a rare genetic disorder that affects brain development, resulting in severe mental and physical disability. It is estimated to affect about 1 in 12,000 girls born each year and is only rarely seen in boys.