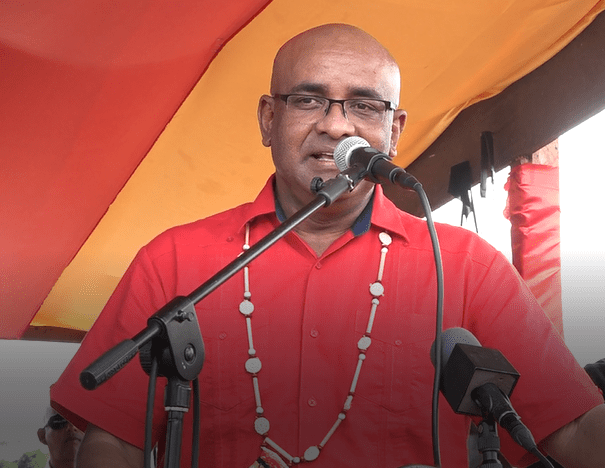 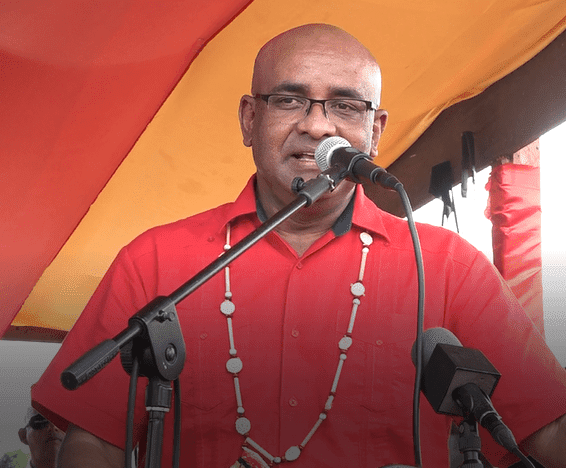 The Guyanese people were treated to more of the wild, unsubstantiated and duplicitous claims that are synonymous with the PNCR-led APNU+AFC Coalition, at its latest news conference on Tuesday, May 17, 2022.

The PNCR has engaged in an obvious about-turn since the issuance of a joint-statement following a meeting between President Dr. Irfaan Ali and Mr. Aubrey Norton.

In true PNC/APNU/AFC style, contradictory positions remain characteristic of the embattled group. Within an hour of the same activity, the PNCR moved from claiming that the May 13,
2022 engagement was not in accordance with the requirements of “meaningful consultation” because necessary material was not handed over, to admitting that the additional information and documents requested were received.

Mr. Norton was woefully unprepared for the meeting, despite being informed of agenda and despite the fact that his own Coalition was involved in the Parliamentary process to arrive at the recommendations for the persons to be appointed to the Commissions, for example the Police Service Commission (PSC).

Now that additional information has been provided to Mr. Norton, a speedy conclusion to the process that would allow for the appointment of the important constitutional bodies is expected.

Further, the PNCR-led APNU+AFC Coalition has failed, over the past six months, to participate in the national process to amend Guyana’s electoral laws to strengthen our electoral system and reduce the scope for the mischief that played out at the March 2020 General and Regional Elections – mischief orchestrated by the PNCR-led Coalition and its elements with the Guyana Elections Commission (GECOM); mischief that included the signature of the Volda Lawrence on the March 5th manipulated declaration by sacked Region Four Returning Officer, Clairmont Mingo.

Firstly, the call from the Coalition camp for a comprehensive review of what took place in March 2020 before electoral reforms are addressed is nothing but a delay tactic. Recall that every report from the international Election Observer Missions, including the CARICOM team, detailed what took place at the March 2020 Elections – every Guyanese is aware of what took place during the March 2020 electoral process, civil society is aware, the international community is aware. It would seem that the only ignorant party, by their own claim, is the PNCR/APNU/AFC.

Secondly, Mr. Norton’s call for national consultations, involving the public, civil society and the parliamentary political parties, is disingenuous, since such consultations on proposed amendments to the Representation of the People’s Act (ROPA) started in November 2021 and are continuing.

The PNCR-led APNU+AFC Coalition is the only party with an interest in keeping our electoral laws vague and ambiguous, hence the delay tactics.

Also, in duplicitous move, the Coalition claims that “time is of the essence” and electoral reform must be addressed to prevent a postponement of Local Government Elections. However, the only group contributing to a delay is the Coalition. Were the increasingly embattled Parliamentary Opposition truly interested in a free, fair and transparent process, they would not continue to undermine the national consultations on proposed amendments that would see electoral reform enacted. Mr. Norton’s duplicity was exposed when he, himself, said: “We have listened to civil society, we have had, internally, the preparation of a document…we believe that at the right time, we will engage and ensure we achieve the objectives we set out.”

Mrs. Chandan-Edmond claimed that persons not eligible to register as voters are being registered. However, as has always been the case with the PNCR, when pressed for evidence, none was provided. Instead, Chandan-Edmond said: “I’m not sure if leadership at this time would want to highlight the specifics of these discrepancies. But we are in possession of a very detailed report.”

The increasingly beleaguered Mr. Norton, in an attempt to justify this position repeated already rubbished claims about a bloated Voters’ List, adding that Nigerians and Haitians who are eligible to register to vote in Guyana’s elections are being barred from doing so, while Venezuelans are being allowed to do so. When repeatedly asked for evidence, Mr. Norton said: “I would not say we have actual numbers, because in these things you never know. And even if we had actual numbers, I don’t know to what advantage to me for us to disclose it at this stage.”

Importantly, the PNCR had no problem with the Voters’ List, which was used for at 2015
Elections that resulted in the Coalition taking office, but now, out of office, the Voters’ List is bloated.

Mr. Norton has nothing of substance to address. Instead he remains predictably committed to one misguided line of messaging – the voters’ list is bloated; discrimination is taking place; and there is a lack of transparency. 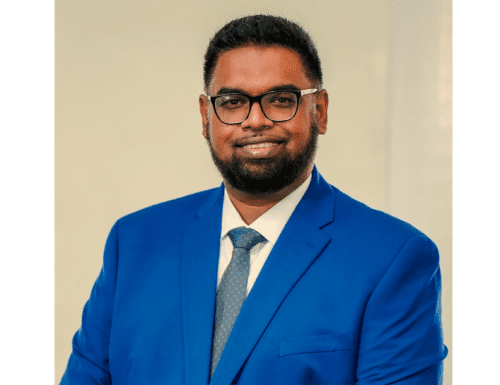 Unlike the officials of the former APNU+AFC Coalition officials who were content on enriching themselves, while in government for five years, the PPP makes no apologies for enriching Guyanese across the length and breadth of this country.

Further, as has been done with other such relief programmes, the Office of the Auditor General is involved to ensure full accountability and transparency.

Mr. Norton would do well to substantiate his interest in transparency accountability before giving voice to wild aspersions. He is encouraged to answer as to:

• Why the former Coalition government excluded persons in the Hinterland from its COVID-19 Pandemic Assistance Voucher programme. The report from the Auditor General made clear that not only did the programme see the exclusion of persons in the hinterland regions, but: over 9,000 out of 11,000 qualified applicants did not receive vouchers; of the 11,000 listed as qualified applicants, less than 2,000 applications were listed for verification; and vouchers totalling $56M were not checked before paying supplier.

• Why a performance audit into the procurement, storage and distribution of COVID-19 supplies by the former Coalition government, during the period March 2020 to August 2020, found that there was a lack of accountability for the more than 6,000 hampers.

Importantly, the continued playing of the race-card by the PNCR/APNU/AFC is condemned in the strongest terms. The race-card has been and continues to be the only card that the Parliamentary Opposition has to play, given that it has no track record of progress and no track record of delivering for Guyanese, on which to stand. Guyanese are urged to be wary of this tactic.

The People’s Progressive Party has been and remains committed to working in the interest of all our people, as we have always done, and will not be distracted by the PNCR-led APNU+AFC Coalition.