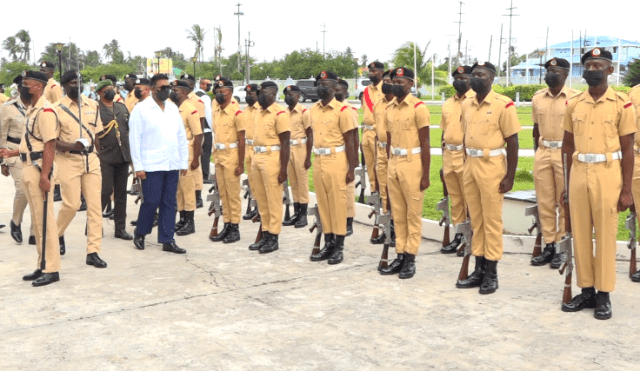 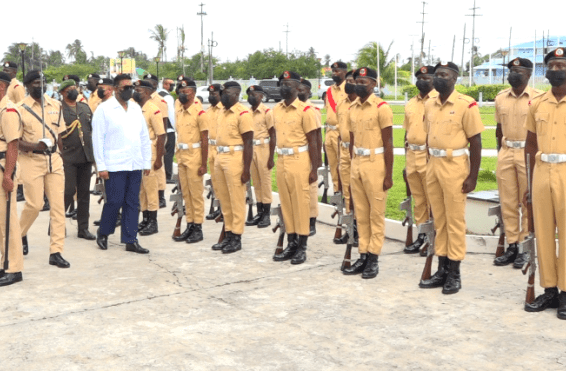 …members were vetted by National Assembly, are of good standing – AG

A ruling by acting Chief Justice Roxane George, SC, on the constitutionality of President Dr Irfaan Ali’s appointment of Pastor Patrick Findlay as Chairman of the Police Service Commission (PSC), and his appointment of the Integrity Commission, is set for August 23.

The ruling stems from a Fixed Date Application (FDA) filed by Opposition Leader Aubrey Norton, who is asking the High Court to quash the appointments on the ground that the Head of State failed to engage him in the constitutionally required process of meaningful consultation.

Besides Findlay, the new members of the PSC are: Attorney-at-Law Mark Conway, and businessmen Ernesto Choo-a-Fat, and Hakeem Mohammed.

The two constitutional commissions were appointed on May 31.

Article 210 of the Constitution mandates that “the Police Service Commission shall consist of – a Chairman appointed by the President acting after meaningful consultation with the Leader of the Opposition from among members appointed upon nomination by the National Assembly”.

Norton, who is also the leader of the PNCR—the largest party in the APNU/AFC coalition—contended that he was not afforded a “reasonable opportunity” to express a considered opinion on the matter of consultation concerning the appointments of the PSC and Integrity Commission.

He deposed that President Ali did not provide adequate information to him in respect of the President’s rationale, reasons, and/or grounds having regard to the respective persons’ suitability and/or competence for appointment to the respective public offices.

During a virtual hearing on Monday, Senior Counsel Roysdale Forde, who is representing the Opposition Leader, said that President Ali did not provide any rationale for choosing Findlay to be Chairman over the other three nominees.

Relying on case laws, Forde reasoned that the concept of the meaningful consultation process does not mean that the President “can pick whatever person he wishes for whatever reason”, noting that the process must be transparent and characterised by accessible flow of information.

He said that the Opposition Leader was only provided with the Curricula Vitae (CV) of the four persons after making a “specific request” to President Ali for the documents.

Forde noted that the day before the PSC was appointed, Norton wrote to President Ali requesting the reasons for the recommendations of those nominated but was informed by Parliamentary Affairs Minister Gail Teixeira, that there is no obligation for the President to disclose this.

Against this backdrop, Forde argued that the spirit and letter of the Constitution in respect of consultation and meaningful consultation were violently violated by the President. Forde said that his submissions about the PSC also apply to the appointment of the Integrity Commission.

Interjecting, the Chief Justice pointed Forde to Teixeira’s letter dated May 13 in which it was noted that the persons nominated to constitute the Integrity Commission were “persons of good standing”. She reasoned that this phrase can also apply to the nominees for the PSC.

“This [letter] is saying that they are people of good standing. Isn’t that a reason [for the appointment]?” she asked Forde, who replied, “This does not necessarily constitute a reason for the appointment.” “Why not?” the Chief Justice queried, adding that: “I’m saying that this is a person of good standing; that is why I have chosen them. You might have an erroneous view of the good standing but that is the reason advanced.” Forde, however, maintained his position. 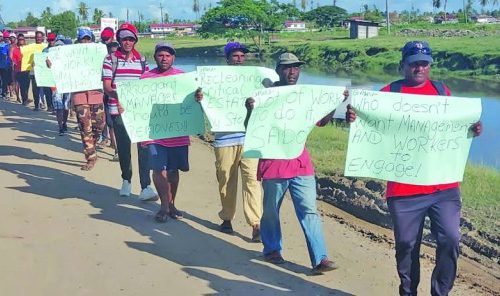 For his part, Attorney General Anil Nandlall, SC, submitted that the nominees for the PSC including Findlay were nominated by the Appointments Committee of the National Assembly. He argued that overall, the consultation has to be fair but it does not have to be perfect.

As such, he argued that Norton “had a hand” in the selection of the nominees for the PSC.

He stated that there were a number of exchanges via letters between the President and Opposition Leader on the appointment of the PSC and Integrity Commission. Nandlall added that Norton replied to the May 13 letter until May 30, requesting reasons for the nomination.

“If Mr Norton felt that they were not people of good standing, he had a responsibility and indeed a duty to so state and he had two weeks to say so. He never responded after that until the [30th of] May…not a single word about the nominees, that they were improper, that they were not suitable, they were unfit, nothing at all…” the Attorney General submitted.

Norton, among other things, is seeking an order quashing the appointment of Findlay and Gajraj as the Chairmen of the PSC and Integrity Commission, respectively, and an order declaring that all actions taken by Commissions are null, void, and are of no force and effect.

Norton has also tried to link Findlay’s appointment to his political affiliation.

He has accused the President of tainting the PSC, since according to him, Findlay, is a politician, who was a candidate for the PPP/C at the 2011 and 2015 national elections and was previously appointed as Permanent Secretary by the ruling party.

Noting that the Constitution contemplates that the PSC is not politicalised, he pointed out that up to May 2021, Findlay identified himself as a member and supporter of the PPP/C. Norton has also asked the Chief Justice for an interpretation of the term “meaningful consultation”. (Taken for Guyana Times)