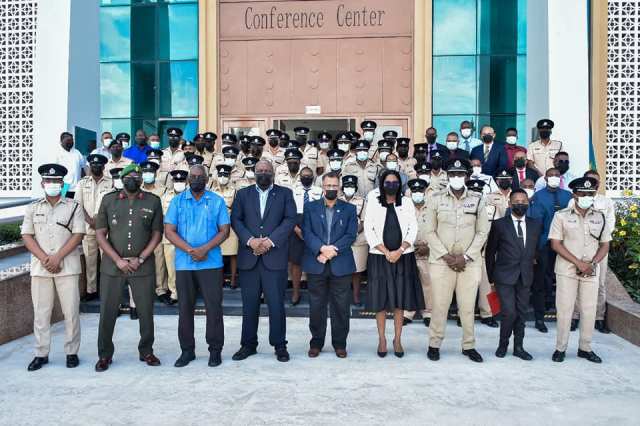 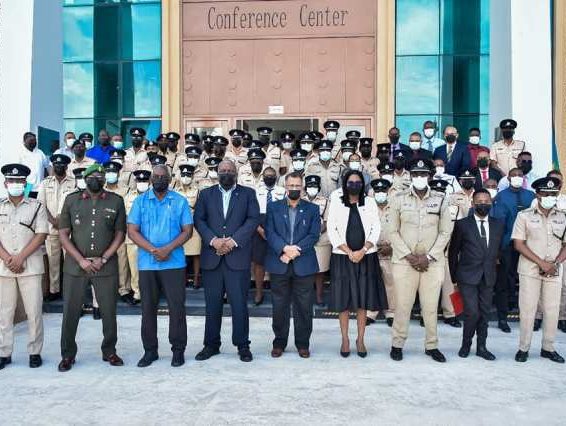 As the Guyana Police Force continues with efforts to lift its standards of policing, acting Commissioner of Police Nigel Hoppie and Home Affairs Minister Robeson Benn are unified on the importance of raising the entry requirements for police recruits.

While addressing the gathering at the opening ceremony this morning, acting Police Commissioner, Nigel Hoppie, linked the entry requirements of the force with the quality of police recruits.

Additionally, Commissioner Hoppie also spoke of the impact COVID-19 has had on training within the force.

“The COVID-19 pandemic has led to the curtailing or restricting of available training which has affected skill and competency development. It has also affected the recruitment drive,” he explained.

Meanwhile, Home Affairs Minister Robeson Benn joined in supporting the raising of the entry requirements into the Police Force. In fact, he promised that this will be done “soon” when questioned about this.

“I think we’ll move to a sound secondary education or passing a particular test – performance test and written test – to be able to get into the force,” the Minister told reporters on the sidelines of the symposium.

He added, “We have in things going on, there’s Covid environment and so on but the discussion is underway to be able to put it into schedules but it will happen soon.”

As it is, there are over 3,000 police ranks in the Guyana Police Force, with an average 3,000 applicants per year.

However, at present, the force has a backlog of applications exacerbated by the prevailing COVID-19 pandemic.