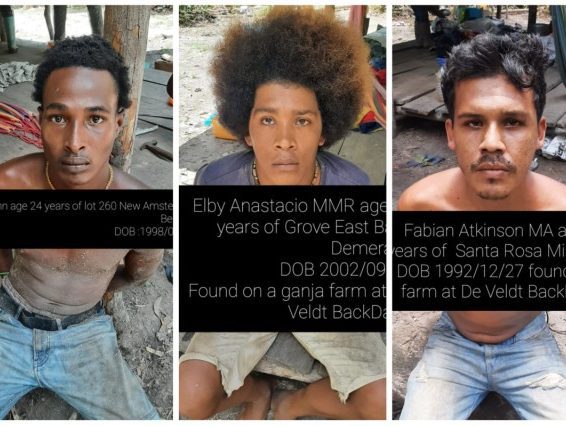 Police destroy over 3000 lbs marijuana along Berbice River; juvenile among 4 in custody

Approximately 3,000 pounds of marijuana were destroyed during a narcotics eradication exercise by the Joint Services at DeVeldt, Upper Berbice River.

The ranks carried out the exercise at the DeVeldt settlement between 05:30h to 20:00h on Saturday.

Some of the marijuana plants

During the eradication operation, approximately 15,000 cannabis plants ranging from 10 inches to seven feet, and amounting to approximately 2000 pounds, were found cultivated on a total of approximately six acres of land.

In addition to that, approximately 1,000 pounds of dried cannabis, six 12 gauge cartridges were also found in a camp where three adult males and one juvenile were seen attending to the plants on the farms.

A camp being destroyed

On seeing the Police, they ran in an attempt to escape. However, ranks gave chase and apprehended all of them.

A search was conducted on Terrence John’s bag in a make-shift camp and a A03 Samsung Cellular phone and one Guyana National ID card were found.

Further searches were conducted in the camp and a Guyana Passport in favour of a juvenile along with his vaccination card were found. 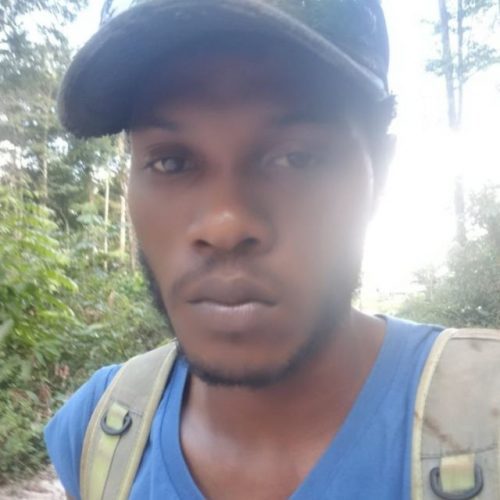 The camps, drying areas, processed cannabis, and cannabis plants were all destroyed by fire.

The three adult males and the juvenile were escorted to Central Police Station along with the catridges, one spray can, one water can, and one brush cutter, as well as with the cannabis plants found.

At the station, the detainees were placed in custody, pending the charges, while the items mentioned above were lodged.