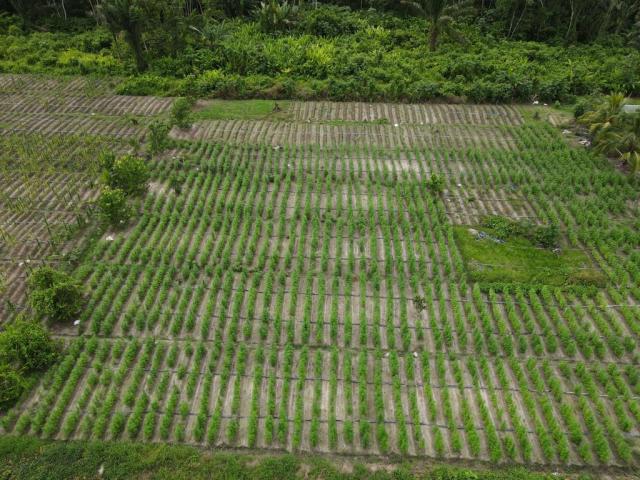 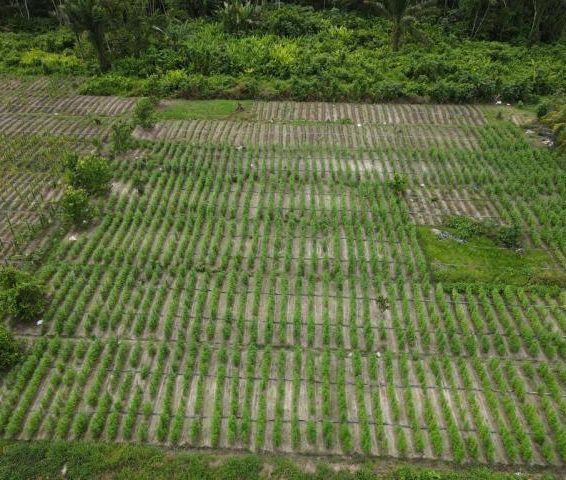 Police destroy over $2B in ganja at Upper Berbice River

It was reported that 500,000 cannabis plants ranging from 1 to 8 feet in height, 2000 pounds of dried cannabis, 100 pounds of cannabis seeds and four nurseries all valued at some $2.02 billion.

According to the police, ranks of Regional Division Ten conducted an eradication exercise on forty acres of land at Maria Henrrietta Village.

On the arrival of the police at the location, two males attending to cannabis plants were seen but upon noticing the cops, they fled into the vegetation and subsequently made good their escape on an engine boat.

Further checks were conducted in the very area and a total of 10 fields sitting on 40 acres of land consisting of 500,000 suspected cannabis plants, some 2,000 pounds of dried cannabis, another 100 pounds of cannabis seeds, four nurseries and 6 camps – suspected to be living quarters – were discovered.

During the search, several suspected emptied 12-gauge shotgun cartridges were also found in one of the camps.

The suspected cannabis plants and camps were then destroyed by way of fire.