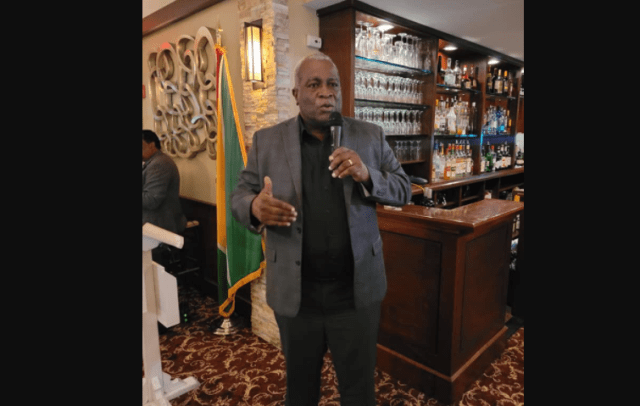 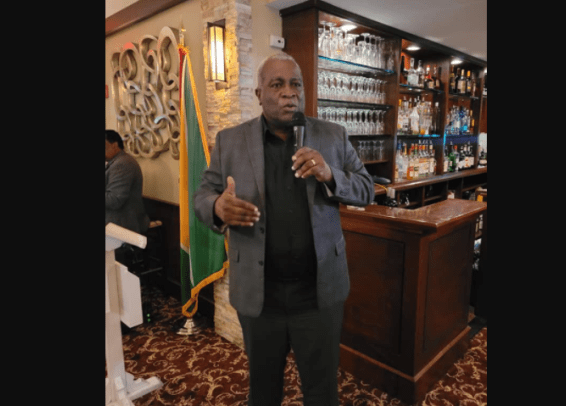 “The opportunities for investment in Guyana are boundless… you can be assured of an ever-improving business environment and a growing economy which will support business expansion”.

The Senior Government Official made these remarks at the Grace Christian Church in Brooklyn, New York, for the “Doing Business in Guyana Conference,” which was hosted by the Guyanese American Chamber of Commerce (GACC).

In his feature address, the Prime Minister explained that there is more to the country than just oil and gas. He highlighted that under the direction of President Irfaan Ali, the Government will look towards a multi-sectoral development approach.

In this regard, he encouraged investments in areas such as agriculture, tourism, health and ICT.

“We are ensuring that other areas of the economy are given support and attract investment… we will continue to work to unlock new markets for our traditional exports, including rice, sugar, bauxite and timber. At the same time, we will seek opportunities for new and non-traditional products, services and industries”.

The Senior Government Official told the conference that his Government acknowledges that there are challenges with regard to the ease of doing business, but that it has been working assiduously to implement measures aimed at finding resolutions.

Already, the Guyana Office for Investment (Go-Invest) has been restructured to promptly facilitate the requests and applications of investors, while other agencies have also enhanced their systems.

“Over the past few months, we have tasked various Ministries and agencies, with developing policies to reverse shortfalls, to allow the country to climb the rankings, and to streamline procedures which positively impact business development. These areas of focus include procedures relating to business start-ups, the payment of taxes, obtaining electricity and approving construction permits… facilitating trade is another area which will receive our attention. Our goal is to implement an electronic single window for trade which will reduce delays in custom clearance, time and cost, simplify trade procedures and eliminate duplication and redundancy”.

The Prime Minister said that the Government is aware that adequate measures must be put in place to protect investments and would continue to work on security. High on the agenda is to strengthen the capabilities of the Guyana Police Force and the Guyana Revenue Authority. The Government also remains committed to working with the private sector to develop an anti-crime plan, aimed at better protecting the business community.

“We will engage the relevant financial stakeholders, including commercial banks, micro-credit financing institutions, and international development partners to expand the resource envelope available for small businesses”.

President of the GACC, Mr Wesley Kirton, said that the Doing Business in Guyana Conferences were aimed at facilitating direct interaction between the Government of Guyana and potential investors in the US.

He added that in some instances, misleading information was circulated about the investment climate of the country. He noted that by attending the conferences with such high-ranking delegations the Government has demonstrated that its desire is not only to correct any misinformation but to inspire confidence and to prove its commitment to the Guyanese diaspora.

Today’s session is the culmination of the second phase of the visit. The first phase was held from last Wednesday to Saturday in Florida, with a similar business conference taking place on Thursday last at the Hilton Garden Inn.

Minister of Tourism, Industry and Commerce, Oneidge Walrond and CEO of Go-Invest, Peter Ramsaroop were part of the delegation to Florida.