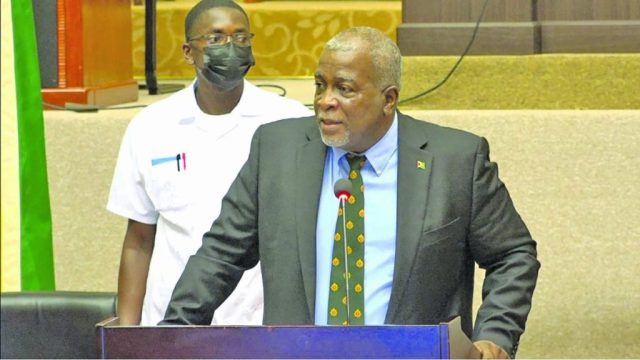 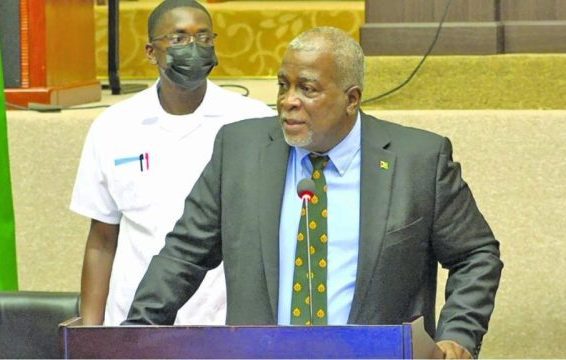 In recognition of International Men’s Day 2021, the Human Services and Social Security Ministry on Friday hosted a panel discussion called “EngageMENt” at the Arthur Chung Conference Centre, which saw a number of men from all facets of society in attendance.

The panel discussions featured topics such as Masculinity, Expectations and Needs, Shared Responsibility, and Men’s Health and Well-Being and was themed “Better Relations Between Men and Women”.

The event also saw various exhibition booths set up where the men were able to engage with and receive information from various institutions.

While giving remarks at the event, Prime Minister, Brigadier (Ret’d) Mark Phillips called on men to become more in tune with the idea of shared responsibilities in the family.

He also charged the gathering of men to keep abreast with the changes of modern society and educate themselves on gender-based violence.

This, he noted, will help in addressing the issue of gender-based violence in our society.

“What is important is that as men, we cannot allow the world to change and not keep abreast of the changes.”

“Something very important happened many years ago. When we decided that education for all – male and female – must be compulsory. Education was made compulsory for males and females in Guyana. That caused a change, a change that many men have not been able to keep abreast with,” he further highlighted.

Phillips also called for men to become more in tune with the idea of shared responsibilities in the family since this will assist in addressing the issue of gender-based violence in our society.

The second, he noted, is that the voices of men need to be added to the campaign against gender-based violence.

He indicated that the whole concept of shared responsibility is very important in the modern home.

“This is no longer the 1950s, 1960s. This is the year 2021. Shared responsibility is perhaps the most important or perhaps the guiding principle for success in any home in Guyana and in any developing country, any developed country,” the Prime Minister posited.

In addition to this, the Prime Minister spoke of the fact that men were socialised and taught to be the protector and provider, while the woman’s role is to be the caretakers of the home.

“That is linked to our upbringing which was focused on our masculinity,” he highlighted.

However, he reminded that the reality of today’s world, after many years of allowing women to be educated, is a world where women are contributing to the home, not only by providing the stability and influence in the background and by extension, emotional stability, but they are also providing financial stability.

To this end, he stated that “men who are left behind, are generally men who find difficulty in accepting this change in the world and in our society. And therefore, the concept of shared responsibility.”

In her remarks, Human Services and Social Security Minister, Dr Vindhya Persaud said that her Ministry will promote the concept of shared responsibility.