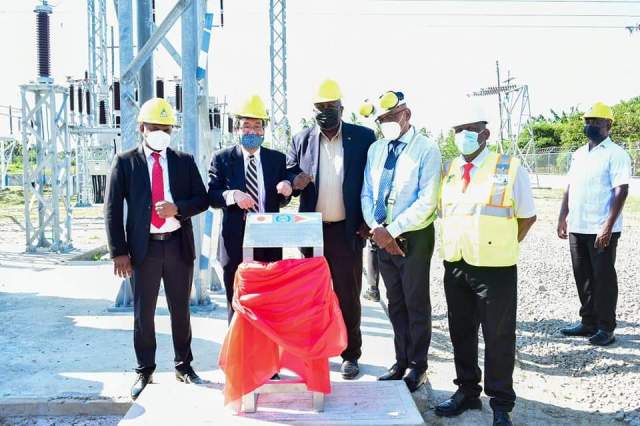 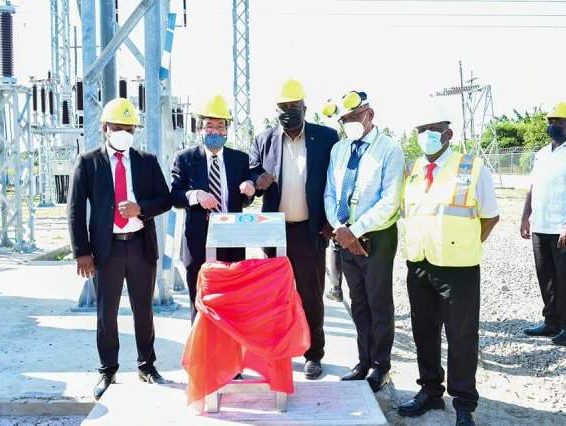 Approximately $G1.4B was granted to the government of Guyana by the government of Japan for the project, but an additional $US1.5M was spent by GPL to fully automate the substation by implementing its Supervisory Control and Data Acquisition System (SCADA).

The Prime Minister, who delivered the feature address during the ceremony, said that the upgrade will improve the reliability, stability and efficiency of GPL’s power system and is one of many steps towards the overall advancement of the country’s power supply.

“Our aim is to provide an additional 400 megawatts of newly installed capacity for residential and commercial – industrial users. Among the transformative infrastructural works in the pipeline include the completion of the Amelia Falls Hydro project, moving towards clean, reliable, affordable power supply; investments in solar and wind systems for off-grid areas and developing microgrids for large hinterland villages; the expansion of the Hinterland Electrification Programme and urgent action to improve the national grid with regard to both transmission and distribution”.

The Non-Resident Ambassador of Japan to Guyana, Tatsuo Hirayama, said that his country has developed a high level of energy efficiency and renewable energy technology and is willing to continue to share its expertise with Guyana.

“As a development partner to Guyana, our government is immensely pleased about the cooperation with Guyana in its energy building efforts. I would like to emphasise that this completed project is a symbol of our cooperation and friendship… our choice of investment in this project was the right one, and is of great value to both our countries”.

GPL’s Divisional Director of Projects, Ryan Ross, said that the upgrades to the Canefield facility is the first major development the substation has undergone since its establishment in the mid-1970s.

The upgrades also include a new master control building, installation of modern equipment, the extension of the facility and distribution upgrades within the interconnected system.

The project which commenced in February 2019, was scheduled to be completed by June 2020, however, there were several delays due to the Covid-19 pandemic. The work was undertaken through a collaboration of the Mitsubishi Corporation and Takaoka Engineering.