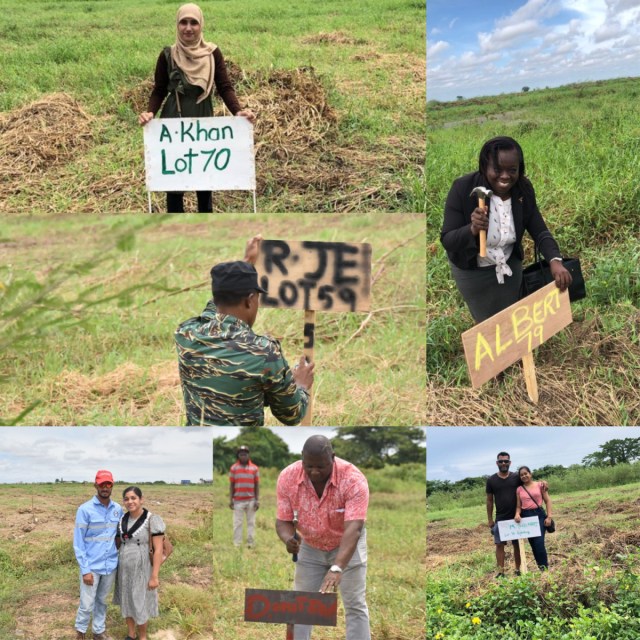 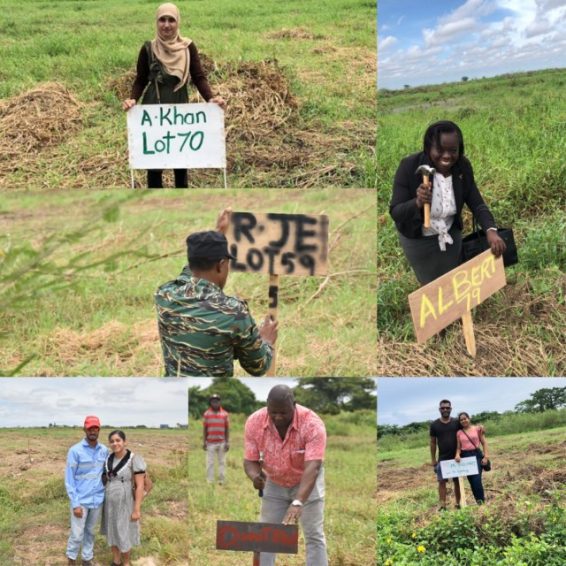 Phase One, Edinburgh allottees now able to access their land

After almost two years of waiting, the first batch of allottees in Phase One, Edinburgh, West Coast Demerara (WCD), this morning participated in a lot of identification exercise.

Some 65 persons were invited by the staff of the Survey Department of the Central Housing and Planning Authority (CH&PA) to identify their lot and boundary lines.

These persons were allocated lands in December 2020 at the first ever ‘Dream Realised’ event in Region Three (Essequibo Islands-West Demerara).

A total of 410 lots have been allocated. However, during an inspection of works earlier this month, Housing Minister Collin Croal was informed of some challenges facing the contractors. As a result of these challenges, there has been some delay in the pace at which infrastructure works are carried out.

Even as works are ongoing to make the remainder of the scheme available, the CH&PA has committed to start identifying lots with persons in phases.

The Ministry of Housing noted that by the end of September, allottees in Phase Two and Three will be able to access their land.