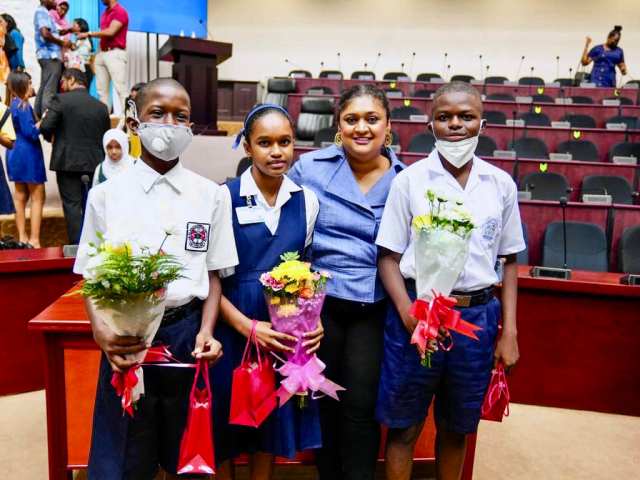 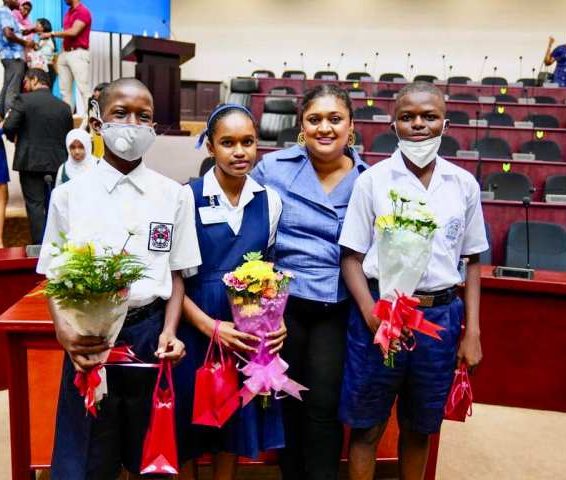 With 518 marks, Neuel Bancroft of Annandale Primary; Angelica Subryan of Cumberland Primary and Jonathon Gomes of Josel Educational Institute tied for the top spot at this year’s NGSA.

The results were officially announced today at the Arthur Chung Conference Centre. In addition three students shared the second spot with 517 marks while five share the third spot with 516 marks.

Education Minister, Priya Manickchand with the three students who tied for the first spot at this year’s NGSA

All the top performers were awarded places at Queen’s College.

However, during the announcement, it was announced that Social Studies recorded an increase in performance at 58.9 per cent but also an increase in students scoring zero. 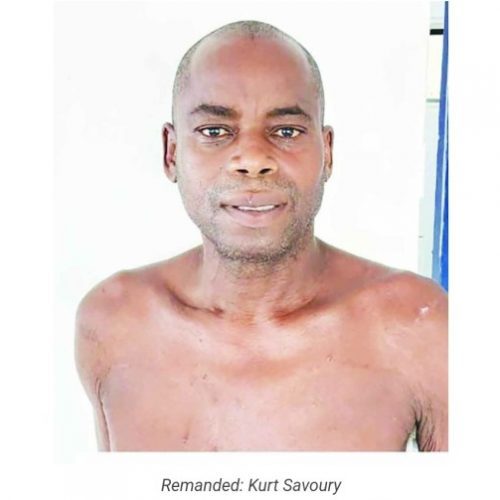 As it relates to Science, the overall performance moved from 40.12 per cent to 45.45 per cent.