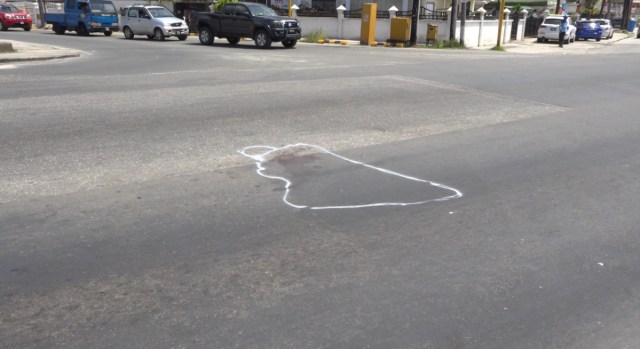 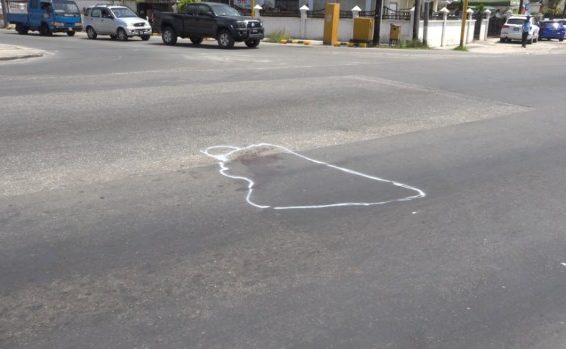 Pedestrian crushed to death by truck at Eccles

The scene of the accident

A 77-year-old woman was this morning crushed to death by a truck as she was crossing the road at Eccles, East Bank Demerara (EBD).

Reports are that at around 10:00hrs, motor lorry GVV 1309, which was proceeding south, was stationary in traffic at the Eccles stoplight which signalled “red”.

When the light turned green, the truck drove off and in the process, collided with the pedestrian who was crossing the road from east to west.

As result of the collision, the pedestrian fell onto the roadway and was run over by the truck.

She was later pronounced dead by a doctor of the Emergency Medical Service unit at the scene of the accident.

A breathalyzer test was conducted on the driver and no trace of alcohol was found. He remains in custody and a notice of intended prosecution was served on the him as investigations continue.