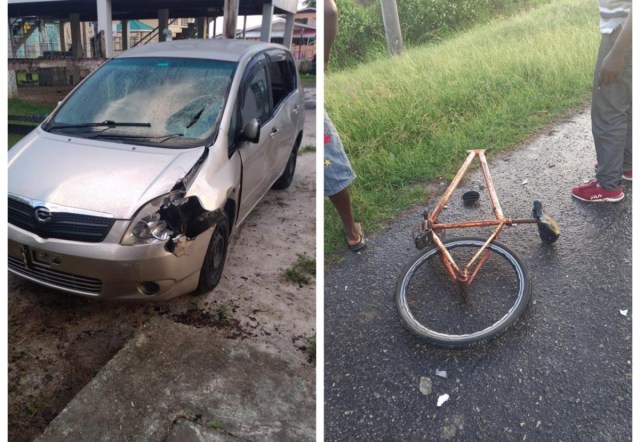 A 45-year-old driver has claimed that she was blinded by the lights of an incoming vehicle which resulted in a fatal accident along the Profit Public Road, West Coast Berbice (WCB).

Dead is 24-year-old Nevil Anthony Small who was a pedal cyclist at the time of the crash at around 05:10h today.

As a result of the impact, the pedal cyclist was thrown onto the front windscreen then onto the roadway where he received injuries to his head and about his body.

He was picked up in an unconscious state and taken to Fort Wellington Public Hospital where he was pronounced dead on arrival.

The driver is in custody assisting with the investigations.