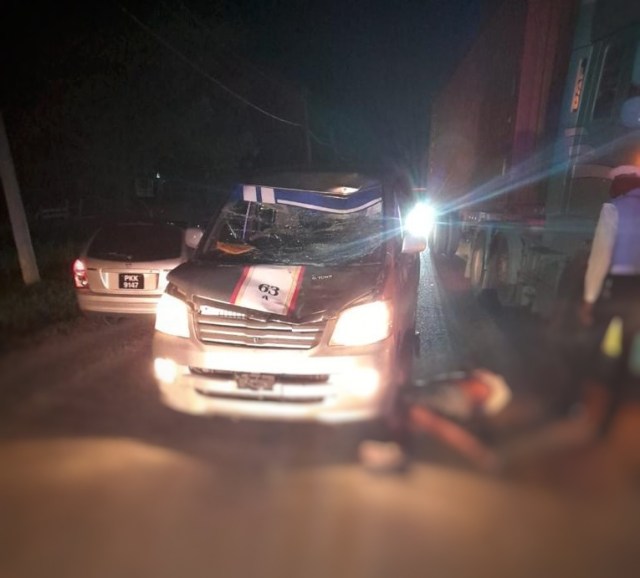 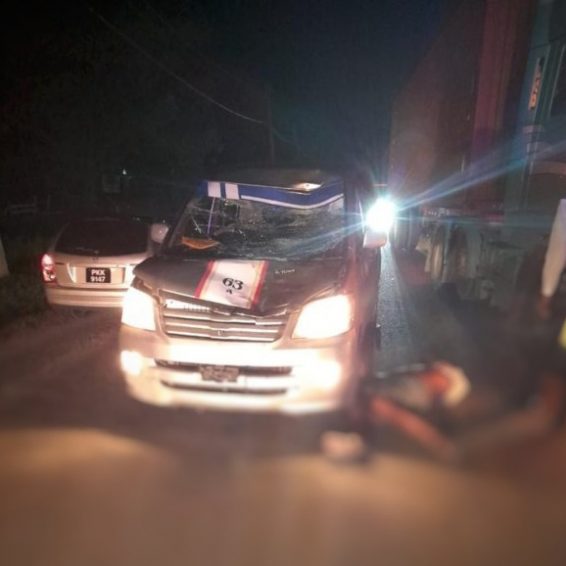 Dead is Seebaran Dhankumar who was riding a pedal cycle at around 17:59hrs when he was struck down by a minibus.

Reports are that the minibus was proceeding east along the said road, allegedly at a fast rate of speed.

According to the driver, he saw the pedal cyclist in front of him on the northern side of the road.

The driver further alleged that the cyclist suddenly changed directions and ended up into his path.

As such, the driver said he applied brakes to avoid a collision, but despite his efforts, he collided with the pedal cyclist.

The cyclist was taken to the Mahaicony Public Hospital where he was pronounced dead on arrival.

The driver is in custody assisting with the investigation.