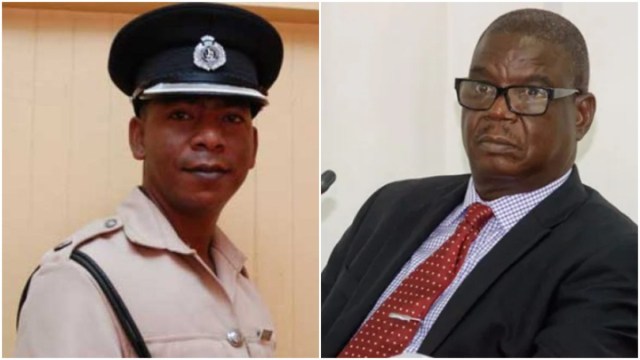 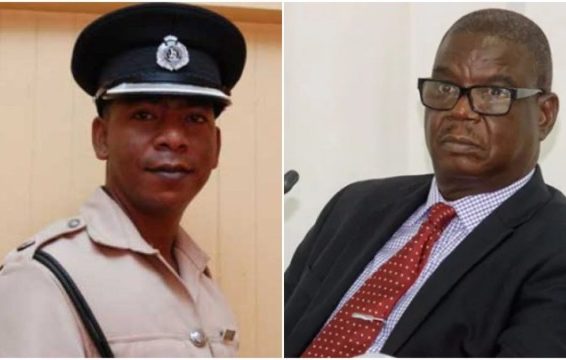 Paul Slowe slapped with another $70M lawsuit for defamation

Former Assistant Commissioner of Police Paul Slowe has been slapped with another $70M lawsuit for libel, this time by Deputy Commissioner Senior Superintendent of Police Calvin Brutus.

Slowe is already facing a $70M lawsuit for libel which was filed by Head of the Special Organised Crime Unit (SOCU) Fazil Karimbaksh.

Slowe, a suspended Chairman of the Police Service Commission (PSC), was in October 2021 granted bail when he appeared before Magistrate Sherdel Isaacs-Marcus at the Georgetown Magistrates’ Court on charges related to fraud and sexual assault.

The former Assistant Commissioner was not required to plead to one fraud charge and three counts of sexual assault. It is alleged that Slowe sexually assaulted a senior policewoman in 2019 on three occasions.

All three allegations state that Slowe touched the woman in a sexual way, on her leg, without her consent.

Furthermore, in May 2021, the Force had announced that Slowe had been implicated in an ongoing investigation which is part of a massive investigation into financial irregularities at the GPF.

It is alleged that Slowe, five former retired senior officers, one current Assistant Commissioner, one former female Finance Officer and a male officer attached to the Police Finance Office conspired together with each other and other persons to defraud the GPF of in excess of $10M.

Similar to the lawsuit filed by the SOCU Head, Brutus is contending that following the charges being instituted against Slowe, he created a social media programme that is broadcast on Facebook and YouTube, titled “Speaking Out: Exposing Corruption and Incompetence”.

During several of these programmes, Brutus is contending that Slowe uttered remarks that painted him as ‘corrupt, unprofessional, dishonourable, dishonest, lacking integrity’, among other disparaging things.

Brutus is arguing that these the utterances of these words have caused his reputation to be seriously injured and that he has suffered considerable hurt, distress and embarrassment.

This publication understands that Slowe has been evading service from the court marshals for about three weeks and was finally served today.