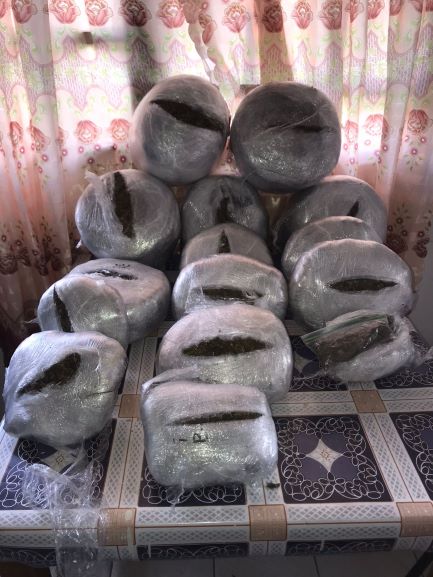 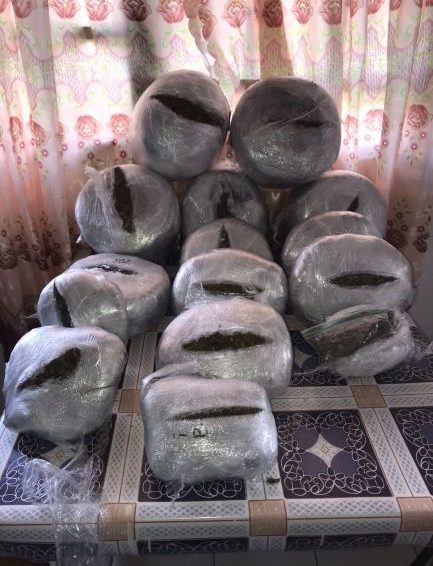 Passenger in taxi busted with 30.8 kg cannabis during Weldaad roadblock

The discovery was made sometime around 12:15h after the ranks stopped a white Toyota 212 motor car and carried out a search.

At the time, a 47-year-old hire-car driver from Light Town, East Bank Berbice, and a 23-year-old man from New Amsterdam, Berbice, were in the vehicle.

The ranks conducted a search on the young passenger and his bags during which they unearthed three ‘market bags’. Inside the bags were 15 compressed parcels wrapped with clear plastic.

The parcels contained a quantity of leaves, seeds and stems suspected to be cannabis.

“The passenger was told of the offence of ‘Possession of Narcotics for the Purpose Trafficking’. He was arrested and cautioned. He also admitted possession of the suspected Cannabis…” the police said. 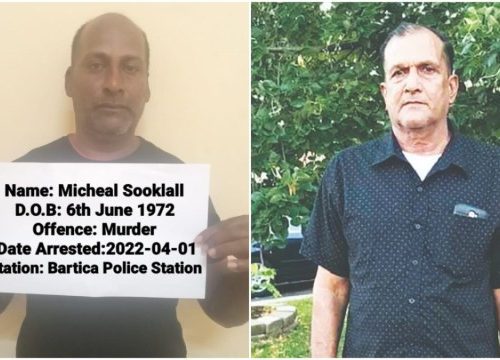 The 23-year-old suspect was placed in custody as investigations continue.