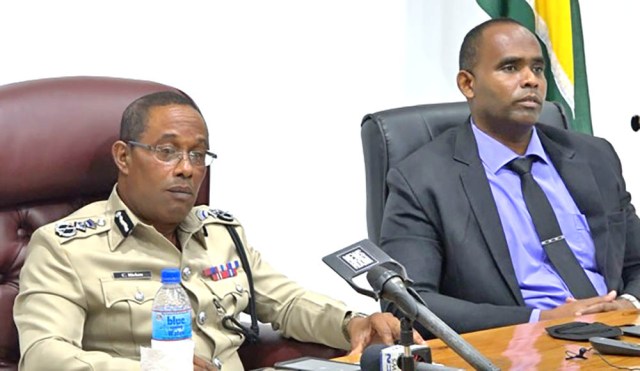 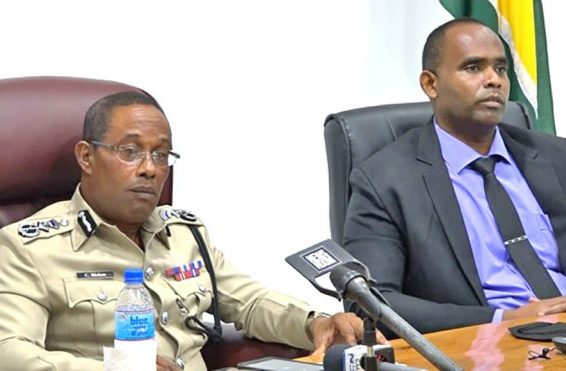 Police Commissioner(ag) Clifton Hicken has disclosed that the Guyana Police Force is awaiting legal advice before making any decision on the fate of Police Sergeant Dion Bascom, who came out last week with some damning allegations of cover-up in the murder of Ricardo Fagundes, called “Paper Shorts”, by a senior Police rank.

During a press briefing on Wednesday evening, Commissioner Hicken reminded reporters that Police officers take an oath when joining the Force, and are also required to adhere to a certain “ethical behaviour” while in law enforcement.

The Top Cop referred to a previous statement made on Tuesday in which he described Bascom’s actions as a “breach of the code of conduct.” At Wednesday’s press conference, Hicken further stated that, in addition to the allegations, the Police Sergeant’s outburst and use of profanities were “unbecoming” of an officer.

Responding to a question about Bascom’s fitness to continue serving in the Police Force, Hicken explained that this would be determined after advice is obtained from the Office of the Director of Public Prosecutions (DPP).

As it is, Sergeant Bascom is currently on sick leave, based upon his request.

The bombshell allegations made by the cop during a Facebook live last Thursday had prompted the Top Cop to order the Office of Professional Responsibility (OPR) to conduct a probe into the matter. That investigation has since been completed, and according to Hicken in his statement on Tuesday, the findings and recommendations have been sent to the DPP for legal advice.

“Let better judgement prevail. Wait on the advice of the DPP, and then we are going to initiate [actions] based on the advice,” the Police Commissioner further told reporters on Wednesday.

Commissioner Hicken outlined that it is important to address the allegations made by Bascom, since he is a senior rank of the Force and his claims can damage public trust in the organisation – something which Hicken said he has been working to build at the community level.

Against this backdrop, Head of the Criminal Investigation Department (CID) of the Police Force, Wendell Blanhum, made a presentation during Wednesday’s press briefing in which he debunked some of the allegations made by Bascom.

He firstly dealt with the coverup allegations in connection with the gunning down of “Paper Shorts” outside a popular Main Street, Georgetown night spot more than a year ago.

Sergeant Bascom is alleging that the main suspect in that probe, Rondell Bacchus, was just a front to take the fall for the murder of Fagundes.

But in his presentation, Blanhum disclosed that it was the lawyer of Roger Khan, a close associate of “Paper Shorts”, who had directed the Police to Bacchus as a suspect.

The Crime Chief shared screenshots of the conversation with the attorney, who sent information to the Police about Bacchus.

“…We’re showing evidence to support our position that the Police didn’t target Rondell Bacchus, as is being falsely peddled by Mr Dion Bascom…,” Blanhum stated.

Moreover, the Crime Chief dismissed Bascom’s claims that no action was taken by the Force on information he provided that linked another suspect – Mark Richmond, a private security guard – to the Fagundes murder.

According to Blanhum, Bascom had told his superiors at the time that a popular businessman from Essequibo was using him (Bascom) to go after Richmond. The Crime Chief said it is known that the businessman and Sergeant Bascom are close friends.

“Dion Bascom’s claims that no further action was taken in relation to Mark Richmond are clearly misleading and false, since it was he who told investigators that it was a businessman from Essequibo who had a personal problem with Mark Richmond’s employer. He further indicated that the businessman wanted to use him,” the CID Head highlighted.

In fact, when questioned during the press conference about Bascom’s relationship with the “Essequibo businessman”, Commissioner Hicken contended that this matter would be further dealt with upon the receipt of legal advice from the DPP on the way forward with the Sergeant. 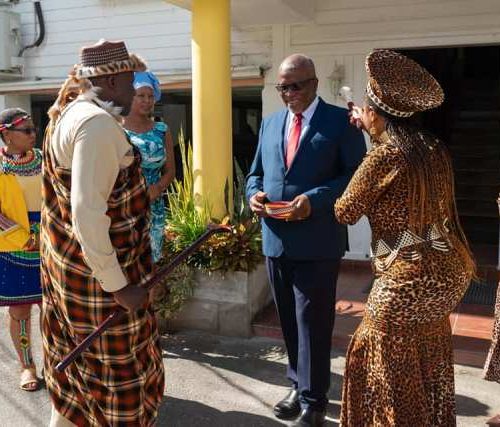 Another allegation that the Police Sergeant made, which was rubbished, is that the Police, using a device, had been able to link Richmond to the crime scene on the night of the murder.

“Mr Bascom’s claims are absurd, ridiculous, and at the same time hilarious… The Guyana Police Force does not have any device to identify criminals at a crime scene, as was falsely peddled by Bascom,” the Crime Chief has said.

Further, Blanhum stated that the Force’s technical officer has vehemently denied these claims by the Sergeant, adding that they were never at the crime scene together.

“Therefore, Dion Bascom is not being honest in this regard, and is manufacturing false or concocted information out of malice,” Blanhum added.

He outlined that the Police Force has been receiving assistance from an internationally recognised law enforcement agency in the Fagundes murder probe, and by making these cover-up allegations, Bascom is not only implicating local ranks, but also several foreign experts and investigators who have visited the CID HQ in relation to this matter.

Sergeant Bascom came out with these damning allegations days after he and others were busted with cocaine during a Customs Anti-Narcotics Unit (CANU) operation last week Monday. He claimed that he was set-up for speaking out about the alleged cover-up, and that Blanhum had directed CANU to release his photo to the media – something which the Crime Chief denied during Wednesday’s press conference.

Meanwhile, as the Police await advice from the OPR on the findings and recommendations, Sergeant Bascom, through his lawyer, has being calling for an independent probe to be conducted. Home Affairs Minister Robeson Benn on Tuesday indicated that there are standard procedures in place for such matters to be dealt with, and he further declared his full confidence in the OPR conducting a proper investigation into this matter.

Since making his allegations, Bascom is facing three lawsuits that run into several millions of dollars. They are from Police Superintendent Mitchell Caesar, the senior cop whom he alleges is covering-up Fagundes’s murder; from Mark Richmond; and from Richmond’s employer, businessman Azruddin Mohamed. (This story was first published by Guyana Times)