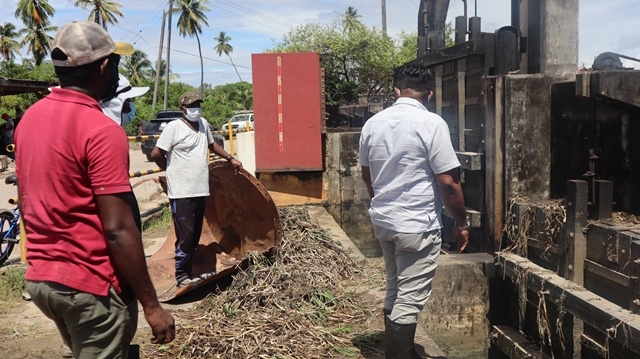 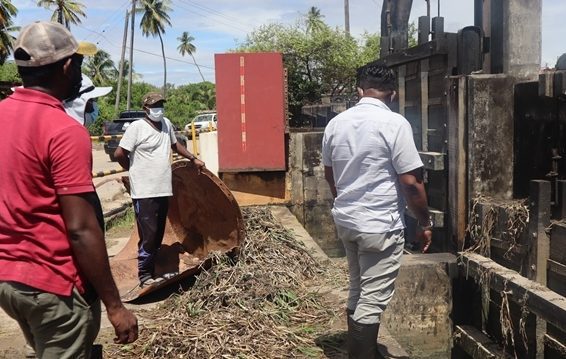 Over $9B spent on emergency flood relief to farmers, households in 2021

The Guyana Government has spent over $7.8 billion to assist persons who were severely affected by the May/June rains, last year, while another $1.5 billion was spent for emergency drainage and irrigation works.

The PPP/C Administration’s interventions saw over $9.3 billion being expended to assist more than 50,000 households in some 300 communities across the nation.

During a recent interview with the media, Minister of Agriculture, Zulfikar Mustapha, said although the food sector was badly hit by the inclement weather, it saw significant transformation and successes.

“The flood destroyed many sectors within the agriculture industry. To date, almost 50,000 farmers and households were able to receive monetary assistance in terms of relief,” Minister Mustapha said.

President Dr Irfaan Ali had announced in July, that over $7.8 billion would be made available to assist flood-affected citizens, following the prolonged rainfall.

Approximately $3.2 billion was disbursed to rice farmers as over 50,000 acres of rice land and 2,000 farmers were directly affected. Assistance was also given to farmers in the livestock industry.

“We were able to transform the agriculture sector, we were able to move our programmes rapidly, especially the drainage and irrigation programme. This was a tremendous success in terms of building back the capacity to withstand the flood,” Minister Mustapha emphasised.

“Over a dozen new machineries were given to NDIA. We have seen an additional 13 new pumps being placed across the country,” the minister added.

He said construction had started on a 33.3-kilometer farm to market road, noting that one will be established along the right bank of the Mahaicony Creek. The initiative, the minister explained, will open up thousands of acres of new farm lands.

In 2021, the Ministry of Agriculture was granted $28.7 billion through budgetary allocations. It first received $22.6 billion and later, $6.1 billion was provided via supplementary funding. [Extracted and Modified from DPI]