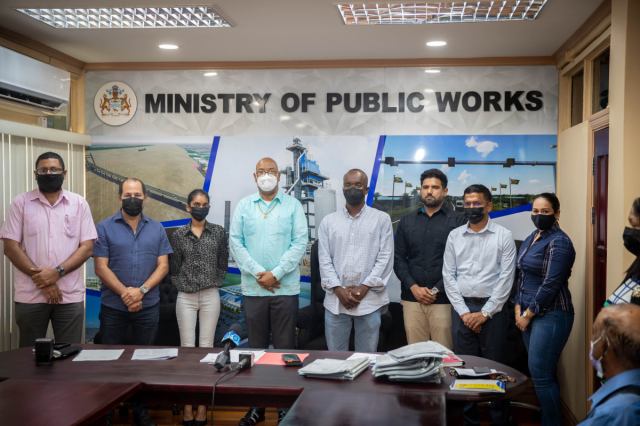 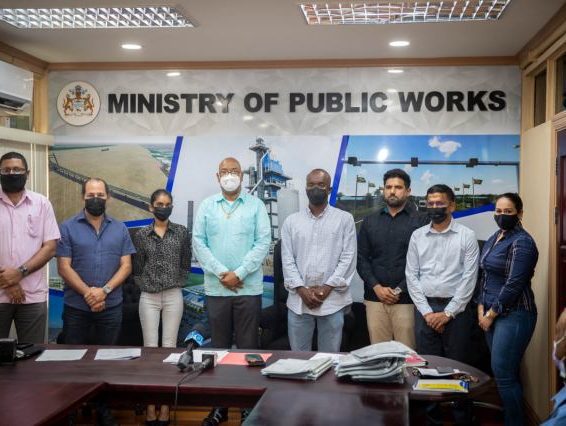 Over $5B in contracts signed for 32 bridges, several hinterland roads

3 months ago·2 min read
ShareTweetPinShare
Home
Local News
Over $5B in contracts signed for 32 bridges, several hinterland roads
The content originally appeared on: INews Guyana
Public Works Minister Juan Edghill and Permanent Secretary Vladim Persaud with the contractors at the signing on Friday

The Ministry of Public Works on Friday signed a number of contracts for the construction and upgrade of roads and bridges in the hinterland regions, and communities along the coast.

Contracts signed at the Ministry’s Kingston office, include those for the upgrade of 32 bridges between Kurupukari and Lethem to the tune of $3.19 billion along with $1.5 billion for hinterland roads.

Minister, Bishop Juan Edghill explained that the construction and upgrade of the roads and bridges in the hinterland forms part of the government’s strategy to advance hinterland development through enhanced inter-connectivity.

While work is advancing on the US $190 million Linden to Mabura Road project, works will also commence on upgrading all the bridges to concrete structures, since the road is the first phase of what will be the Linden to Lethem Road.

The bridge project will be done in six lots, with six contractors being awarded contracts. Minister Edghill noted the need for great communication and coordination among the contractors, since the thoroughfare will have to remain open for the residents to traverse.

In addition to the Linden to Mabura road project and bridge upgrades, the government is also working to ensure that there is a direct link between Regions Eight and Nine.

“Last year, we worked with the Toshaos and communities in Region Eight to improve the roads between the villages and commenced works on the road between the two regions. Those works will continue this year,” Minister Edghill explained.

He said the investment of over $1.5 billion in hinterland roads follows consultations with residents, Toshaos and other village leaders.  He noted further, that this is just the first phase of the awarding of contracts for roads in the hinterland. 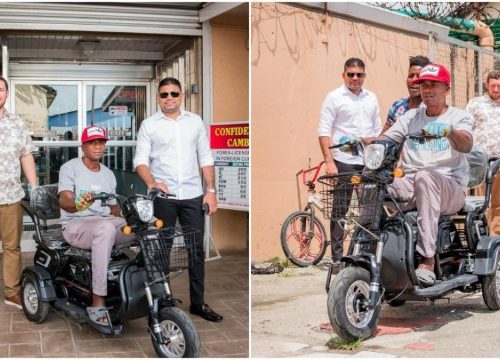 Meanwhile, the sum of $740.1 million in contracts was also signed for farm-to-market roads to ensure farmers across the country have access to better roads to get their produce to the market. The project also aligns with the government’s plan to ensure the country becomes a major player in providing agricultural products to the Caribbean and to reduce CARICOM’s import bill by 25 percent by 2025.

Further, the sum of $139.1 million was awarded for the upgrade of bridges along the coast. These include bridges along the Railway Embankment. Additionally, the ministry will be procuring a number of equipment including milling machines at a cost of $117. 7 million to equip its Force Account Unit.

Minister Edghill made it clear that the final award and issuance of contracts was done through a public tendering process and that it was advertised and contractors had an opportunity to bid for the various projects. Contractors were urged to ensure quality work is delivered within the stipulated deadline.

These projects are as a direct result of His Excellency, Dr. Mohamed Irfaan Ali’s vision to ensure Guyana’s infrastructural transformation is spread across all communities in the country.