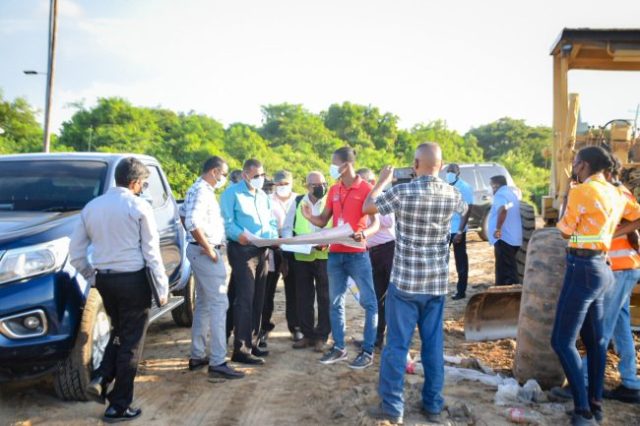 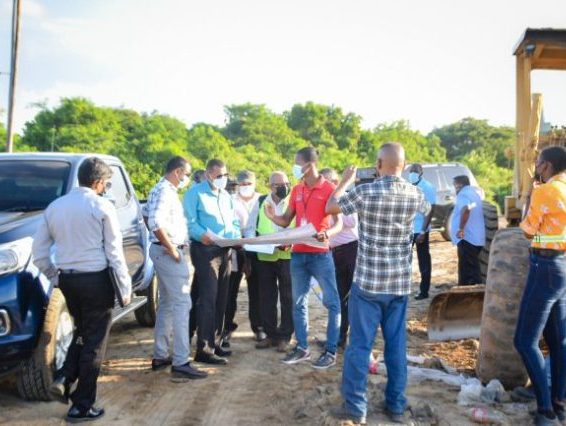 Minister of Housing and Water, Colin Croal, MP and team engaging one of the contractors at the Experiment Housing Scheme

More than 500 allottees will be able to occupy their land in the region by the end of the year.

Housing Minister, Collin Croal, recently visited the area to inspect ongoing works. Four contractors are currently working on the project which include land clearing, construction of roads, bridges and drainage.

“There were some initial concerns, that is a slight delay with access to the reef sand, but we have met all the contractors and we worked out a timeline and so, allottees here awaiting Experiment can rest assured that by the end of this year they will be able to access the facility,” he said.

Currently ongoing at the site is the construction of a major bridge that will allow access into the area earmarked for residential and commercial housing. Another major access road has been cleared, and contractors are on the ground completing the land clearing.

Minister Croal assured Region Five residents that the government is accelerating its housing development drive for them, to ensure every person awaiting a house lot receives one.

“Persons have been asking (they haven’t been seeing much) what is happening for housing in Region Five. We are off the main road, but if you come down here then you will see the amount of development that is taking place,” he noted.

Further, he said the Housing Ministry is seeking to identify additional lands for future housing developments within the region.

To this end, the ministry is negotiating with the Mahaica, Mahaicony Abary – Agricultural Development Authority (MMA/ADA) and the National Industrial and Commercial Investments Limited (NICIL), to explore the possibility of accessing new lands for future housing allocation.

The PPP/C Administration has embarked on a national housing drive aimed at ensuring all citizens can enjoy the comfort of owning a home in sustainable communities.

To this end, the government is investing $12 billion in infrastructural development in 22 new and existing housing schemes across the country. These include: Little Diamond/Great Diamond, Prospect and Providence, East Bank Demerara; Cummings Lodge, Mon Repos, Vigilance, Bladen Hall and Strathspey; Experiment in Region Five and No 79 Village, Ordinance Fortland and Hampshire/Williamsburg in Region Six.

This paves the way for the administration to achieve its target of distributing 10,000 lots during its first year in office and an overall 50,000 lots in five years.