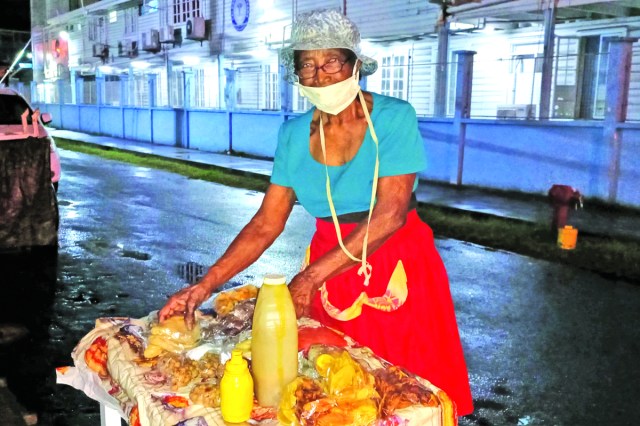 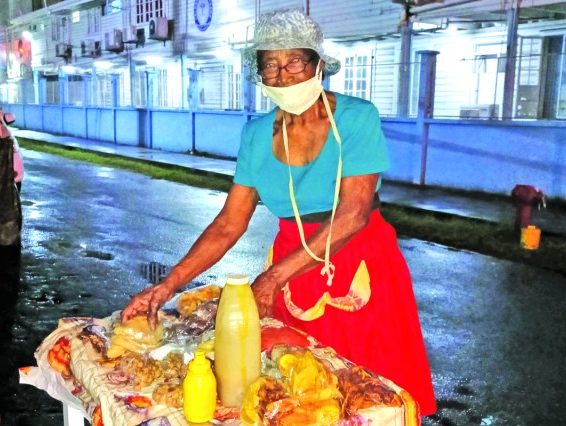 Outside GPHC: Granny’s snacks attract many

1 month ago·4 min read
ShareTweetPinShare
Home
Local News
Outside GPHC: Granny’s snacks attract many
The content originally appeared on: INews Guyana
Winifred Reid, known fondly outside the GPHC as “Granny”, standing next to her stand outside the hospital last Thursday night

Anyone who works at the Georgetown Public Hospital Corporation (GPHC) at nights would boast of Granny’s tasty snacks.

She journeys to her spot outside the hospital each week and at 80 years old, she says she plies her trade to avoid depending on anyone to take care of her welfare.

Meet Winifred Reid, an elderly, bespectacled woman wearing a flop hat and an apron, who has been selling her snacks outside the entrance of the Maternity Ward of the GPHC for almost 20 years. Persons who are familiar with her know her simply as “Granny”.

Last Thursday night, Guyana Times paid a visit to Reid’s stand. During the visit, a steady breeze blew across the atmosphere as she hurried to grab her plastic covering to place over her stand.

“It looks like a passing shower,” a taxi driver opined as he waited on Reid to attend to him. “Granny you got any white pudding deh?” another man asked even as Reid reached across to cover her stand.

After selling the two customers, Reid stepped across to the guard hut at the GPHC’s Maternity Ward. “Granny come out of the rain, we ain’t want you to get sick,” said one of the guards as Reid and her daughter stood under the guard hut.

Reid moved to the city location shortly after 2002 and she told Guyana Times that she once sold at the Cove & John Secondary School. But according to her, “things get too slow there and that is how I end up moving to this location by the hospital”.

She said that she has no regrets moving to her current business spot outside the GPHC since there are always persons who would venture to her stand to purchase her snacks.At her stand, the choices of snacks are many. They include puri, plantain chips, cassava ball, eggball, tamarind ball, pholourie and black and white pudding among others.

While these snacks are sold at common spots around town, it is the sour which sees customers re-visiting Reid’s stand. “Well they say is the sour which taste nice,” she said as she poured the tasty sauce onto a customer’s white pudding. While she did not disclose how she makes the sauce, the entire bottle would usually finish within a week or on some occasions, a few days.

She recalled the early days of plying her trade and at the time, her stand was smaller in size. She said she would venture to the location from her home at Estate Road, Enmore on the East Coast of Demerara on a nightly basis. She arrives at the location around 19:00h.

It’s a routine activity and Reid said she grew accustomed to the travelling. She said she does not sell each night and she explained that, “if I come out to sell on Monday, I won’t come on Tuesday, I would come on Wednesday and so it means every other day I would come out.”

She said when the COVID-19 pandemic was first recorded in Guyana she was worried and for some two to three weeks she stayed indoors. “But I wear my mask and I protect myself and use my sanitiser and so,” she added. 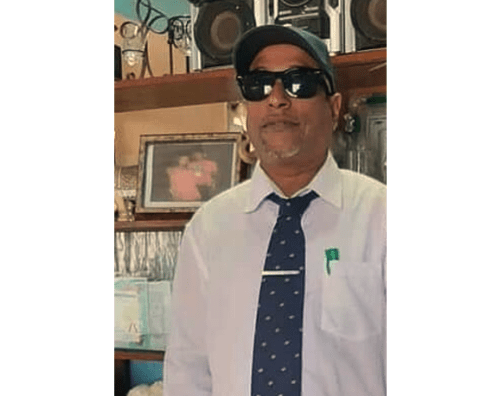 Reid said she understood how risky it may have been selling outside the hospital, where many persons go to seek treatment but she noted that she prayed and asked the Almighty to continue to protect her. “I used to be over there outside the gate near the exit of the hospital, but after the COVID came they had a meeting and they asked us to sell over on this side,” she said.

She said over the years while selling at the hospital, she has witnessed a hive of activities. “I see persons come and go, accident victims, people who got shot, families grieving for their family member who died, all types of things you would see here,” the elderly woman said, as the rains eased.

Then, as she chatted with this publication, a customer came to the stand. It was a doctor and among his requests, was an order of plantain chips with sour. “Doc you have granny going out in the rain,” one of the guards exclaimed as everyone in the vicinity giggled.

It was approaching 9 pm and Reid was beginning to pack up as she made arrangements for a taxi driver to pick her up at the public road at Enmore.

“I got to do this, I have five children and two live here and three overseas, they all big now but I want to do my own little business here,” Reid said. She said she has many grandchildren. “I also have great-grandchildren,” she said with a bright smile.

“I prefer to sell here to raise my own money to pay my bills and take care of my home,” she said as she packed her signature bottle of sour and prepared to go home after another night on the grind.