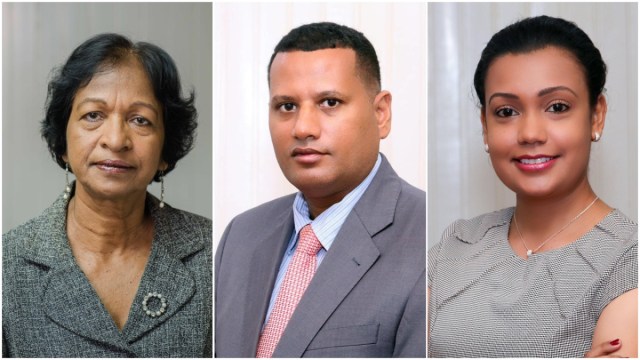 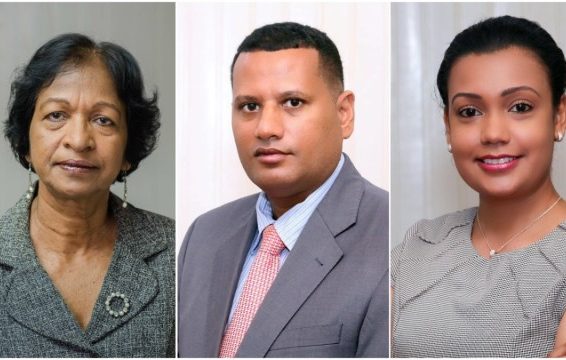 Open letter to the Ministers of Housing and Water

Home Letters Open letter to the Ministers of Housing and Water

This open letter from the Women and Gender Equality Commission is addressed to Ministers Collin Croal and Susan Rodrigues, who have responsibility for Housing and Water.

The Women & Gender Equality Commission (WGEC) is appalled at the all-male, eleven-member Corporate Management Team of the Guyana Water Incorporated (GWI), and seeks your intervention in correcting this gross contravention of Guyana’s principles and Constitutional provisions of Gender Equality.

o Guyana’s Constitution has made provision for Gender Equality since 1980 with Article 29:1.
o In 1981, Guyana signed and ratified the Convention to Eliminate All Forms of Discrimination against Women (CEDAW).
o The Equal Rights Act (1990) was enacted to enforce Article 29:1 of the Constitution on the principle of equality between women and men.
o In 2003, the CEDAW was enshrined in Guyana’s Constitution and made enforceable under Article 154 A.
o Guyana signed and ratified the Sustainable Development Goals (SDGs) – which are the worldwide goals for all nations. SDG Goal 5 is the cross-cutting goal: “Gender Equality and Empower All women and Girls”, and promotes “Generation Equality” as its mandate.

The GWI needs to advance into the second decade of the twenty-first century, and behave as if it is in step with Guyana’s Constitutional & Legal frameworks, and its global commitments that uphold gender equality.

It is a well-known statistic the world over that it is women who are mainly impacted by the provisioning of water; and where there is no consistent water supply within homes, they are the main burden-bearers of fetching of water, etc. The latter situation applies to Guyana in many marginalised communities in urban, peri-urban, rural, and hinterland communities.

Women must be represented equally in all decision-making entities, especially those in which they are most affected.

The eleven-member, all-male GWI Corporate Management Team is a blatant affront to all Guyanese, and contravenes Guyana’s Constitution and Laws which uphold gender equality. The WGEC calls for this anomaly to be immediately corrected to include gender participation of no less than what exists in the National Assembly.

Further, we wish to advise decision-makers to keep in mind the Sustainable Development Goal 5, in which 50-50 by 2030 is the expected outcome. Hence, there is an urgent need for all to re-educate themselves to this reality.

Yours truly,
Indranie Chandarpal
On behalf of the Commissioners,
Women and Gender Equality Commission

Next articleLetter: Granger, Lawrence not fooling any true PNCR member