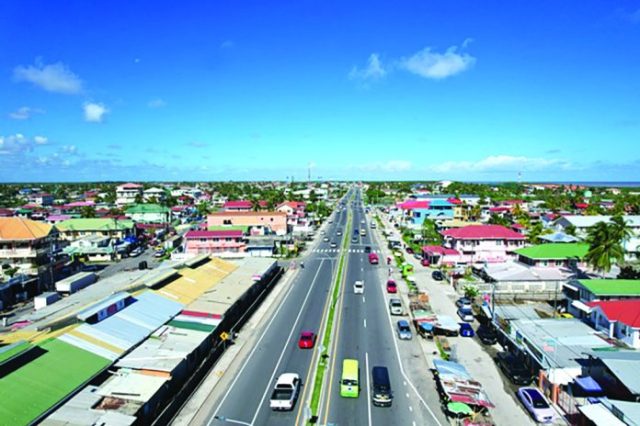 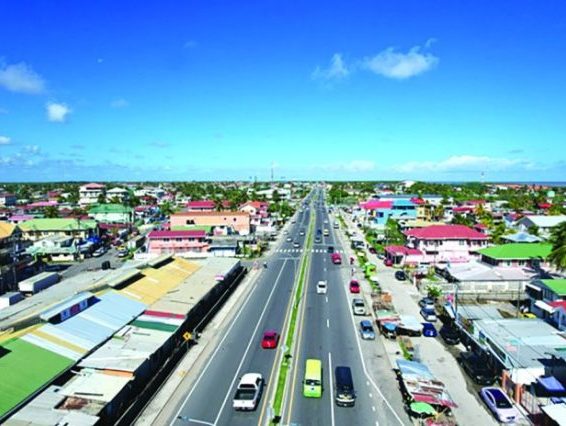 Two Chinese companies were the lone bidders for the contract to widen and upgrade various sections of the East Coast of Demerara (ECD) highway when the bids were opened at the National Procurement and Tender Administration Board (NPTAB).

The tenders were issued by the Public Works Ministry, for the ECD public road widening and improvement project; phase 2, from Annandale to Mahaica, and on the railway embankment from Sheriff Street to Orange Nassau.

China Harbour Engineering Company (CHEC), one of the Chinese companies that bid for the project, is no stranger to Guyana. They have been involved in projects in Guyana such as the upgrade works at the Cheddi Jagan International Airport (CJIA).

It was only in July that CHEC completed extended works that were agreed upon with the Government at the CJIA, in keeping with the deadline of June 30. An extension to the structure will now enable larger aircraft to enter Guyana, creating additional benefits for travellers.

Back in April, Hadi’s World Incorporated, a subsidiary of Mohamed’s Enterprise, partnered with CHEC Guyana Inc to pursue its US$25 million quarry project to cater to the needs of the country’s booming construction sector.

The other Chinese company, China Railway First Group Company Limited, is also no stranger to Guyana, having been in talks with the Government since last year on the Amaila Falls Hydropower Project (AFHP), to construct it in a Build-Own-Operate-Transfer (BOOT) arrangement.

The State-owned Chinese company has been involved in the AFHP since 2008 when the initiative was first conceptualised under a previous People’s Progressive Party/Civic (PPP/C) Administration.

At that time, Sithe Global, a United States-based company, as the investor of the project and beneficiary of the concession rights, publicised the invitation to bid for the project across the globe in May 2008, and CRFG participated in the bidding process.

In November 2008, CRFG was announced the successful bidder for the Engineering, Procurement, and Construction (EPC) contract of the Amaila Falls Hydropower Project, which was officially signed between CRFG and Sithe Global in September 2012.

But in August 2013, Sithe Global, due to the expiration of the concession rights for the project, exited the development of the Guyana Amaila Falls Hydropower Project, resulting in the project being set aside.

This year, some $49.2 billion was allocated for road works. Of this amount, money was set aside for the widening of the ECD highway from Annandale to Mahaica, as well as upgrading the railway embankment from Sheriff Street to Orange Nassau. 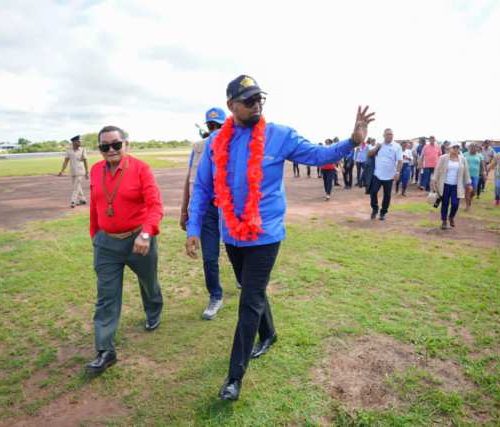 Pres. Ali announces $1M each for 600 landowners in Lethem

There is another contract, the redesign, and widening of the road from Belfield, ECD to Rosignol, West Coast Berbice (WCB), for which a total of 10 international and local contractors threw their hats in the ring.

The Belfield to Rosignol road widening was intended to be a continuation of the East Coast Road Widening and Expansion Project, which was commissioned in 2020. The US$50.2 million project was supposed to have two components: a four-lane expansion from Better Hope to Annandale, and an upgrade to the existing two-lane road from Annandale to Belfield.

Back in 2019, a grant of Kuwaiti Dinars (KD) 500,000 was approved by the Kuwait Fund for Arab Economic Development to conduct a technical and economic feasibility study for this very project – the redesign of the Belfield to Rosignol road network.

In 2016, the Government of Guyana and the People’s Republic of China had, through the China Export-Import Bank, signed a $9.6 billion (US$45.5 million) concessional loan for the completion of the widening of the road between Better Hope and Belfield. The Government had contributed approximately $3 billion towards the project.

Last year, it was announced that the Government had gotten approval from its counterparts in China to utilise the sums saved on the ECD road widening and improvement contract (when the road was commissioned, the cost at the time was US$43 million) to execute 24 additional connector roads linked to the project.