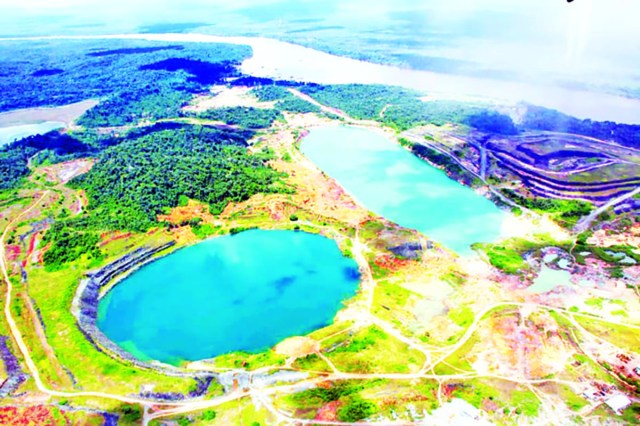 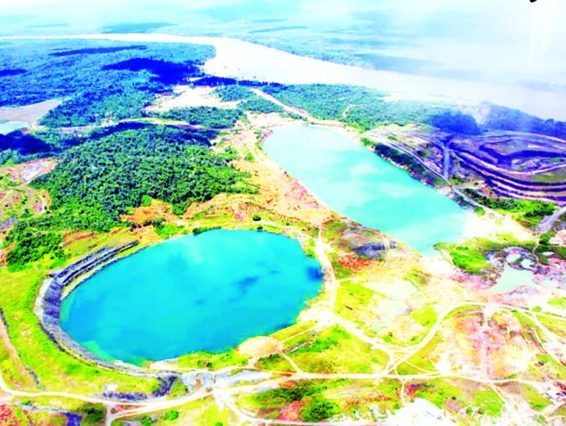 Canadian gold company Omai Gold Mines Corporation has moved on to Phase Two of drilling at its Wenot pit in Region Seven (Cuyuni-Mazaruni), after having completed its previous Phase one drilling campaign and 17 holes amounting to 7,323 metres for the year thus far.

The company made this announcement on Tuesday. According to Omai, what was initially supposed to be a 5,000-metre drilling campaign produced a number of highlights, including 19 metres grading 6.92 grams per tonne (gpt) of gold.

“Twelve of the completed holes tested beneath the past producing Wenot pit, all of which confirmed that the Wenot Shear Corridor and the associated gold mineralisation extend to depths of at least 100 to 250m below the past-producing pit,” the company stated.

It was explained that, in previous years, the Wenot pit produced approximately 1.4 million ounces of gold at an average grade of 1.5 gpt between 1993 and 2002. According to Omai, the pit was mined to a maximum depth of 200 metres.

Going forward, Omai intends to conduct an independent Qualified Person (QP) report into the Wenot resource, which will provide a detailed analysis of the mineralisation potential of the Wenot pit. In the meantime, drilling under the pit will continue through October of this year, while the report is expected at year end or early in 2022.

Interim Chief Executive Officer (CEO) of the company, Elaine Ellingham, has said, “The potential to build substantial near-term gold resources at Omai is undeniable. Rarely can you find a brownfields project like this, that produced an average of 300,000 ounces of gold per year, encumbered over its lifespan by a sub-$400 per ounce gold price environment, which has not seen significant subsequent exploration.

“An early corporate decision was made in 2003 to shut down Omai and relocate key equipment to Rosebel, considered a higher-priority development project at the time. Thus, Omai emerges as a unique opportunity to create significant value, since potential extensions to mineralisation at depth and along strike were not even considered, nor were a number of compelling exploration targets,” she further stated.

She also spoke of the efforts that have been made to build their technical team, which is composed of geologists with international experience. Ellingham noted that this, combined with the technical experience at the senior management level, positions Omai to create significant value.

Earlier this year, Omai had said there are encouraging signs of gold mineralisation in its Wenot pit. According to a statement released by the company, all signs pointed to the Wenot pit, located in Region Seven (Cuyuni-Mazaruni), containing high-grade gold with multiple veins.

“At least four generations of mineralised extensional quartz veins are recognised, and of the four, only the last is underformed. This suggests a long duration to mineralisation while deformation continues. The higher grades in multiple vein sets significantly expand the potential of Wenot to the south in sedimentary rocks,” the company had said in the statement.

Omai Gold Mines returned to the Wenot and Fennell pits at the Region Seven site only in 2020, after leaving Guyana in 2015. It had announced in December that it would be pressing forward with the 5000-metre drilling programme.

It was only last November that Omai Gold Mines, which is aiming to reclaim its place as Guyana’s top gold producer, had announced the impending resumption of trading on the Toronto Stock Exchange, following the recent reverse takeover of Avalon Investment Holdings.

There has been a flurry of gold finds from last year. In February 2021, Gold X Mining, another Canadian company, found gold in the Toroparu mine during its now concluded diamond drill programme, resulting in the company launching phase two of its drilling.

In November of last year, Australia-based mining company Alicanto Minerals also announced its first-ever gold find in Guyana. According to Alicanto, it discovered a maiden resource of 500,000 ounces of gold at its Arakaka gold mine, which is located in Region One.