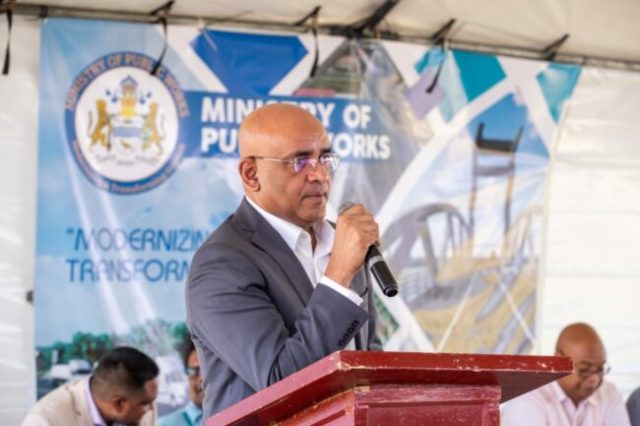 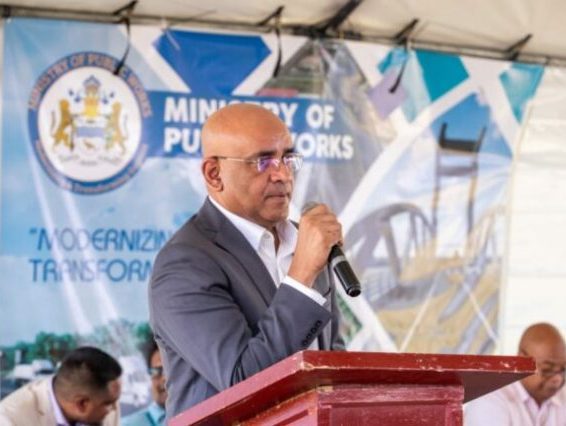 Vice President Dr Bharrat Jagdeo has made it clear that the PPP/C Administration will utilise revenue from the burgeoning oil and gas sector for capital investments in education, healthcare, infrastructure and other transformational projects.

The Vice President was speaking at the Albion Community Centre, Region Six, where some 268 contracts were signed to the tune of $6.8 billion for road works across the region.

VP Jagdeo said the APNU+AFC’s anti-development policies and lack of transformative initiatives resulted in economic hardships during its tenure.

However, he noted that the PPP/C Government reversed many of these measures and will continue to invest to improve the livelihood of all Guyanese.

The Vice President pointed out that, “Capital works means building for the future. It allows new industries to be developed. It allows the citizens to have greater access to better services, but that was not the objective [of APNU+AFC].

” So we made it clear that any oil money has to go towards capital expansion, roads, hospitals, schools, sea defences, eating industry, so we can diversify the economy and produce new jobs in the future. That is quite clear,” the VP added.

Further, Dr Jagdeo said while the government, since assuming office, was challenged by the effects of the COVID-19 pandemic and other external factors, a proactive approach is being taken to buffer the effects of the increased cost of living.

“We now have massive plans that we promised, we didn’t drop the plans because of COVID. We promised to cut electricity price by 50% in the five years. We are now moving forward with a power plant to do that… that would have stable electricity for the whole country at half the price. We then have enough power to put every street light that you want,” he highlighted.

Dr Jagdeo said the government has ensured the operationalisation of the Natural Resources Fund (NRF) to ensure the prudent and transparent utilisation of the oil funds.

The fund, unlike under the previous government, is now being managed by an independent board.

Reference was made to the part-time jobs initiative which is supplementing household income. 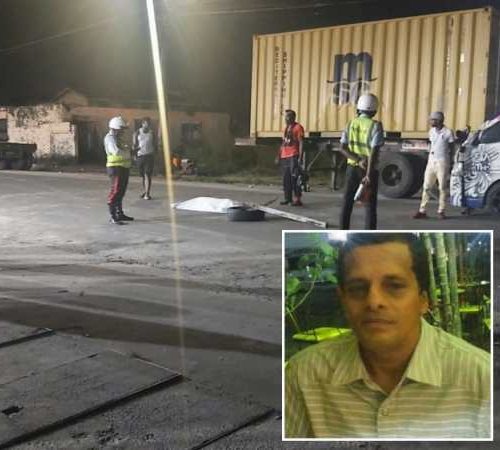 Overseas-based Guyanese struck down and killed by minibus

“So job creation was one of the things we campaigned on and that is why we’ve seen an upsurge in jobs now, since the last two years inspite of the COVID. Many countries have lost jobs, but we’ve had an upsurge and now we’ve had nearly 11,000 people working as part-time workers,” VP Jagdeo highlighted.

In the region alone some 4, 000 persons have been employed through the programme.

The return and increase of the ‘Because We Care’ education grant, when combined with the school uniform and supplies grant, sees each child in the public and private schools receiving $30,000.

Dr Jagdeo said the government remains committed to its promises. He also addressed a number of concerns raised by the residents.