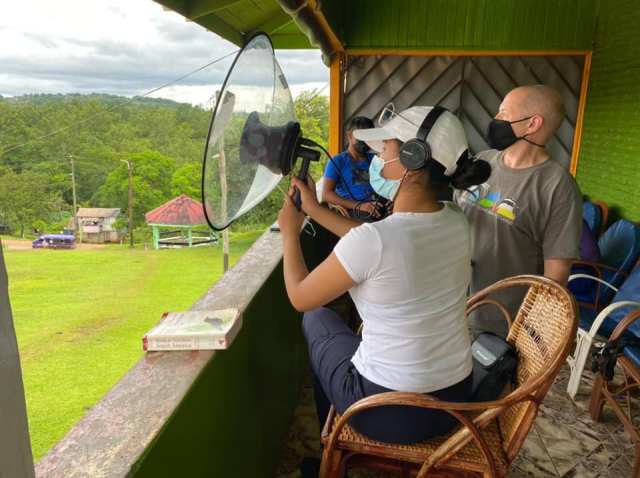 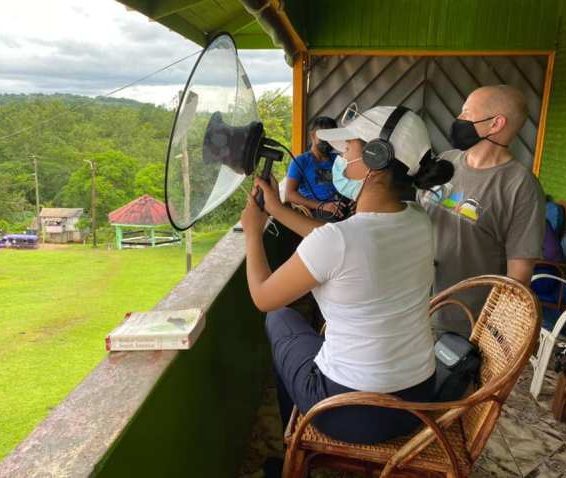 NRG Holdings Incorporated, the Guyanese consortium that is developing the massive Port of Vreed-en-Hoop Project, has provided $5,000,000 to the Guyana Marine Conservation Society to fund a ‘Birding Study’.

The donation was received by the Conservation Society on October 15, and according to that organisation’s President, Mrs. Annette Arjoon-Martins, the funds will play an important role in the preservation of Guyana’s Blue Carbon assets.

She described the initiative as an “invaluable contribution of $5,000,000 by NRG Holdings to enable the much-needed Birding Study of the Barima-Mora Passage Mangrove Forests, where the largest and most intact mangrove ecosystems in Guyana exist.”

In conveying appreciation to NRG Holdings Inc., Arjoon-Martins said, “The Blue Carbon assets of this area are immense and in a time of climate change, where our carbon sinks are of immense value, your support will enable scientific research which will play a very important role in its preservation.”

Mr. Nicholas Deygoo-Boyer, one of the partners within the consortium, stated that the developers are keen on facilitating and ensuring the protection of Guyana’s flora and fauna and the environment as a whole for future generations.

“We recognise that data is important to the protection of the eco-system and, by extension, the livelihoods of many Guyanese. We are therefore happy to support this project which is important at so many levels.”

Mrs. Arjoon-Martins also lauded the developers for allowing two young female marine scientists to participate in a recent environmental assessment conducted by Jan de Nul, the company that will be constructing the port facility at Vreed-en-Hoop. “…This allows them to complement their academic qualifications with actual offshore and other relevant field experiences, and to further build their capacity,” the Guyana Marine Conservation Society president noted.

NRG Holdings Inc. is a 100-percent Guyanese-owned consortium comprising, Hadi’s World Incorporated, National Hardware Limited and ZRN Investments Incorporated. Their Port of Vreed-en-Hoop project, which will see an investment of up to US$600 million, will occupy some 400 hectares of coastal land. It is expected to be a catalyst for employment and business opportunities for locals.