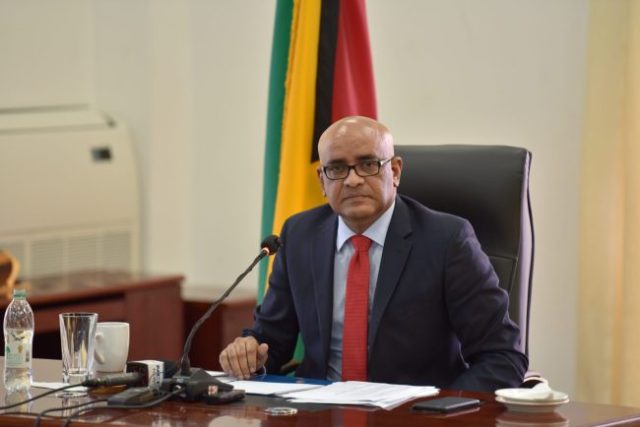 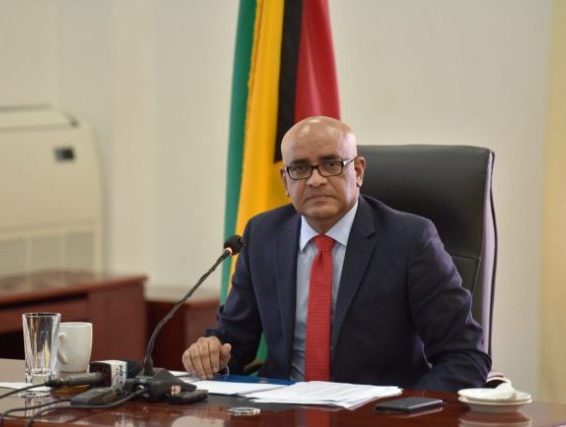 Not enough oil revenues for cash transfers to everyone – VP

As it stands, there is not enough oil revenue for the government to distribute cash grants to everyone, according to Vice President Dr Bharrat Jagdeo, who noted that, at some point in time, his administration will consider targeted cash transfers once the money is available.

According to Jagdeo, even with oil and gas, Guyana does not have the revenue stream to ensure every household gets a cash payout. However, the Vice President noted that Government can pursue targeted cash payouts once the money from oil and gas becomes available.

“Remember one time when Professor Clive Thomas said we should give US$5000 per family and we thought we had 200,000 households. But it’s more like closer to 300,000 households…But if it was just 200,000, that’s $1 billion a year. We have just over $500 million in the fund, and that’s after nearly two years. We don’t have money at scale to give all these things out,” he said.

“But the capacity, the curve will grow steeply. As you get to 2024, 2025, that’s when more resources will come in. Right now, we have to look at jobs, education, infrastructure, keeping our people safe, housing, at some point in time maybe cash transfers. But to targeted groups, not generalised.”

According to Jagdeo, wages and salaries in the Public Service are also likely to increase with the oil money. But he warned that sustainability is important, and pointed to the examples of other countries who increased wages but now have budget deficits and no oil sector to cover the additional expenses.

Jagdeo explained that the party is for now focused on investing in the non-oil sector, to create more jobs for Guyanese. He noted that, in the first round, the Government wants to utilise a lot of the oil resources for infrastructure improvement. This includes spending some of the oil money on infrastructure in Georgetown.

“The first thing is to use the oil and gas resources to support expansion of economic opportunities. Secondly, world class education. Thirdly, world class health care. Fourth, infrastructure for the future. These four-lane roads, cheap power, good ports, good security, so our people can drive in comfort; they can live in comfort; they have modern infrastructure; they can traverse from the airport to Georgetown in 20 minutes,” Jagdeo added.

Jagdeo pointed out that even without touching the oil and gas revenues, the Government has been implementing targeted subsidies. These have included the Because We Care cash grant, which the Government has committed to increasing incrementally until it reaches $50,000.

“We put in place targeted subsidies. Although we haven’t touched the oil resources as yet, we’ve already started funding targeted subsidies. Someone said to me, ‘You know, you all shouldn’t say you’re financing this elsewhere. The children money (and pension), you should say it’s coming from oil’.

“And I said, ‘No, hold on a while. We can’t just go for popular positions. So, we’ve already moved from zero, what APNU took away from the children, to $15,000 per child per year. In the next budget, that’s going to go significantly higher. And for pensions too,” the Vice President explained.

Guyana, with US oil giant ExxonMobil as the operator, began producing oil on December 20, 2019 in the Stabroek Block. It has since made a slew of finds in the Stabroek block, leading to Guyana’s rise as the world’s hottest new oil producer.

Guyana’s oil revenues are being banked in the New York Federal Reserve Bank, where they are earning interest. In August 2021, Guyana received payment for its seventh oil lift to the tune of US$79,617,561.87, the largest single oil payment the country has received to date.
The seventh oil lift brings the country’s oil extraction to a grand total of 7,056,262 barrels, and accumulative earnings to US$388,777,840.

During the 31st Sitting of the National Assembly, subject Minister Vickram Bharrat had reported that this amount plus royalties put the total in Guyana’s Natural Resources Fund (NRF) at US$436 million, which remains untouched. And it has been estimated that the fund will exceed US$500 million by this year end.