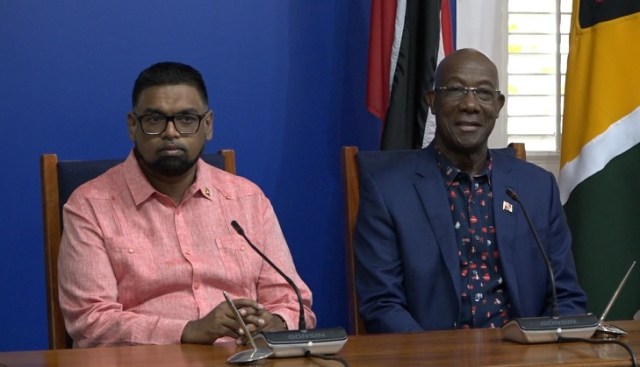 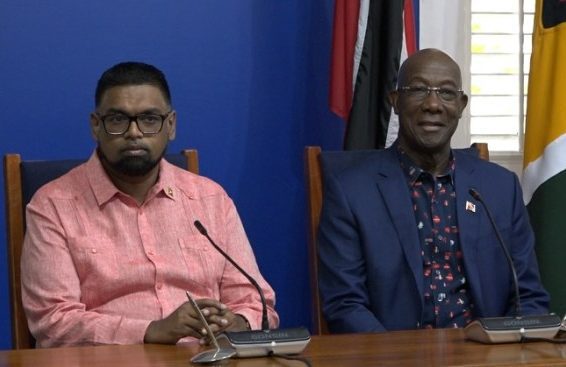 Trinidad and Tobago (T&T) Prime Minister Dr Keith Rowley assures that his Government has not taken any “aggressive” position on Guyana’s local content laws, which were the subject of much wrangling between the private sectors of the two countries earlier this year.

Rowley made this pronouncement while participating in a joint press conference with President Dr Irfaan Ali at State House earlier today following the signing of a Memorandum of Understanding (MOU) between the two CARICOM neighbours.

“There has been a lot of interest in this matter. The interpretations of what the Government of Trinidad and Tobago are trying to do is not to view it through negative lens, but to understand what Guyana is trying to do,” Rowley said.

“And from that standpoint, we have not aggressively taken any position to put the Guyanese objective under any litmus test. We do rely very heavily on the cooperation that is written and embodied in that MOU, and also understand that whatever our intentions are, those intentions are codified in a treaty called the Treaty of Chaguaramas.”

According to Rowley, there was no need for Trinidad and Tobago and Guyana to “get at each other’s throats” on the issue of local content and misrepresenting intentions. He noted that they must approach the matter from a positive perspective.

“You have to go in thinking positively, that you have what it takes to pass. And we believe that the Treaty of Chaguaramas is sufficiently robust to deal with any of these matters,” Rowley said.

Trinidad and Tobago itself has had local content laws for decades, while Guyana only signed its local content bill into law in December 2021.

However, in January of this year, a leaked email from the Caricom Private Sector Organization (CPSO) claiming that the recently passed legislation violates parts of the Caribbean Community’s Revised Treaty of Chaguaramas touched off a crescendo of outrage in Guyana.

The Guyana Government’s position has been that while the country is open to foreign investors, especially those within the Caribbean Community (Caricom) including Trinidad and Tobago, they must partner with Guyanese businesses and individuals. 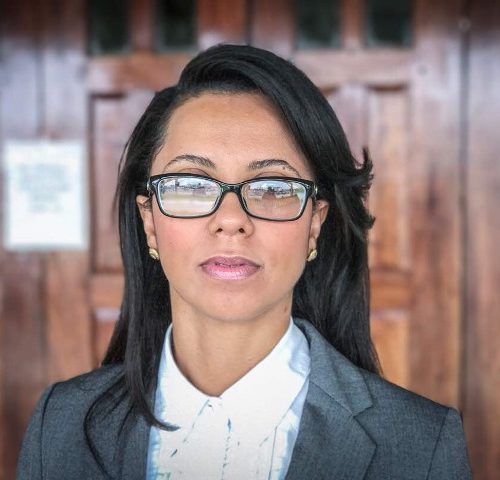 Pauline Chase re-elected President of the Bar Association of Guyana

Only, earlier this week, the Georgetown Chamber of Commerce and Industry (GCCI) – which has been vocal about the trade barriers local businesses face when exporting, or even transiting, certain products to the Twin-Island Republic – had called on the Guyana Government to hold off signing any agreement with T&T until those non-tariff trade barriers as addressed.

According to President Ali at today’s press briefing, the discussions with T&T over the past week has been frank and presented the opportunity identify, among other things, impediments to trade between the two nations.

“We are not naive. We are not unaware of impediments or blocks or constraints or challenges; and in our discussions, we took all of that into consideration” he stated.

Nevertheless, the Guyanese Leader posited that the MoU signed will pave a new path going forward in addressing the issues between the two countries.

“So, yes, not only are we committing to the removal of any impediments, and all the issues we highlighted in the MoU, but we have already gone a step farther than the MoU would have outlined. We’ve already outlined the mechanism. So I’m confident that this new approach [will work],” President Ali noted.