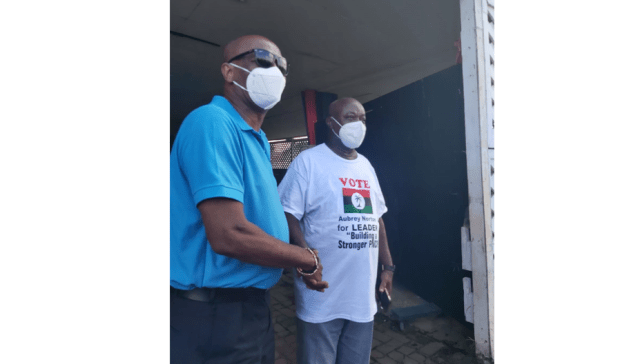 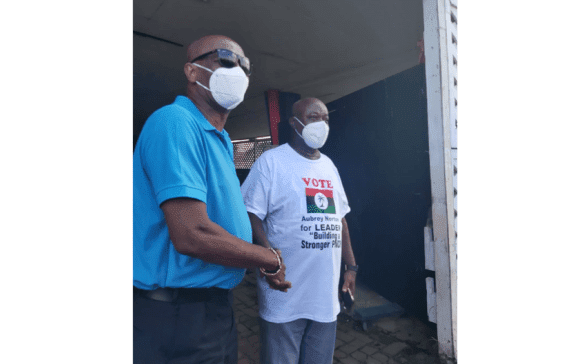 Today is Nomination Day for the PNC’s 21st Biennial Congress which is slated to be held next month where members are expected to elect a new leadership.

Speaking with reporters at the PNC’s Headquarters today, candidates for the top position in the party Joseph Harmon and Aubrey Norton both expressed confidence in their ability to rebuild the political grouping and lead it to victory at the next elections.

Harmon, who is currently Opposition Leader, boasted about his ability to attract people to the party, noting that because of him, the PNC’s support base has significantly increased from 2006 to 2011.

While admitting that a lot of the candidates’ plans center on bringing back to the party aggrieved members who have left, Harmon contended that his vision is the best and he believes he will gain the support needed to execute it.

Harmon said his goal is to work for the benefit of the country. Speaking on the matter of prominent party members who have not endorsed him, the Opposition Leader said he respected their decisions.

One such member is PNC Chair Volda Lawrence who has reportedly thrown her hat in the ring for Norton.

Norton, speaking with reporters, expressed that he is leading the nod with over 80% of the nominations so far. He too is anticipating that his team will “pull it off”.

Asked about his thoughts on the transparency of the internal electoral process, Norton contended that once the rules are followed, there is nothing to be worried about.

“Elections are won when ballots are in the box and the winner is declared…in any election, one has to put mechanisms in place to ensure irregularities don’t occur…the rules have been well established and therefore if the rules are followed, there should be no irregularities whatsoever,” he said.

Former Prime Minister Samuel Hinds had noted that the new PNC Leadership should proclaim an end to rigging, noting that such a move would “not be an admission to something secret”.