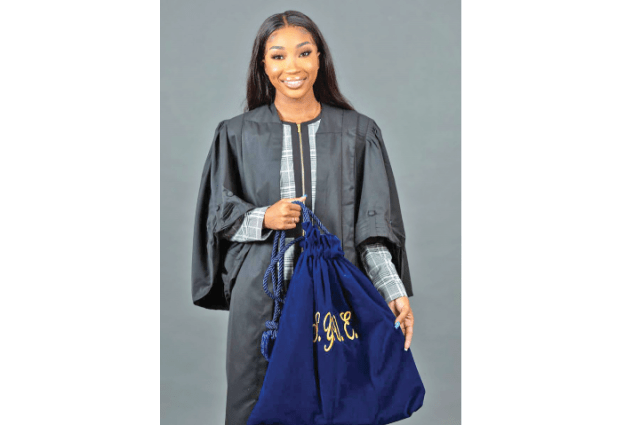 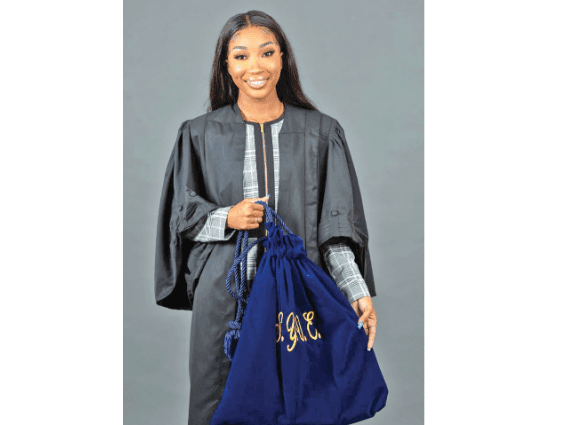 “My legal education is not complete; I aspire to become a Judge and to be admitted to the Bar in several Caribbean jurisdictions. As I enter this noble profession, I pledge to uphold its honour and dignity with honestly, foresight, industry, and courage…to contribute to the economic process and social cohesion of this nation and to assist the court to do justice according to the law.”

That was the assertion of 25-year-old Shercola Exeter, the newest member of the Guyana Bar. Her petition to practise law in and around the courts of Guyana was presented by Attorney-at-Law Dexter Todd before High Court Judge Simone Morris-Ramlall on Thursday.

The lawyer said he has known Exeter since she was a child, and she has always been a marker for success. In her quest to pursue higher learning, Exeter attended the University of Guyana (UG) where she read for and obtained her Bachelor of Laws. While reading for her law degree, she completed several certificate courses, one in international criminal law and another in gas industry operations and markets.

On completion of the law programme in 2019, she was offered a place at the Hugh Wooding Law School (HWLS) in Trinidad and Tobago from where she graduated in 2021 with her Legal Education Certificate (LEC) – a prerequisite to practise law in Guyana and the Commonwealth Caribbean.

“During her time at law school, she has been a member of a number of committees including the welfare, public relation, mentorship and she was also involved in active volunteer work with various organisations in Trinidad and Tobago,” Todd told the court. He disclosed that Exeter joined his law firm in 2016 as a paralegal, and in 2021, she became one of the firm’s legal consultants.

He said that the new lawyer worked on many cases, including sensitive matters “in which her research and delivery were quite sound…” Besides her passion for criminal and family law, Exeter, who operates a small business, has a zeal for fashion and travelling.

Todd added that for the justice system to work, there must be delivery and execution. To this end, he noted that Exeter has the ability and training to make the profession proud.
“She joins this very ancient profession, and she is here to make essential contributions. I believe that she will continue to maintain the overriding duties of justice which hinge on the public interest principle, and she will be able to assist the court to do just that in accordance with the law.

Justice Morris-Ramlall, in brief remarks, welcomed the young lawyer to the profession. The Judge advised her, “I encourage you to be mindful of the importance of your reputation as an attorney. As you embark on this journey, you have to decide what is reputation that you want to craft for yourself. Once you decide what that reputation is, then you have to work to develop it. Be mindful that if you do not have a good reputation, you are very likely to be ineffective in your practise and in representation of your clients”.

Importantly, she urged her to engage in continuing legal education since the law is constantly evolving. Although the Judge applauded her venturing into business, she reminded her that the law is a “jealous master” and told her that she must ensure that she can balance them adequately.

In response, Exeter firstly thanked God for his goodness and mercy. “I stand confidently before you, not because of any labour of my hand, but because of the goodness and grace of the Lord.” She extended gratitude to her parents for the important values they have instilled in her and for the great sacrifices they made to meet her educational needs despite their budget constraints.

“Without you [her parents], I would not have made it through law school,” said the new lawyer.

Further, she thanked Todd for “taking me under your wings at your chambers during in-service training and as an associate at his law firm Dexter Todd and Associates.” She said that Todd was a constant source of encouragement to her as he believed in her abilities.

The newly admitted lawyer said she is always reminded by the words of her father: “Pursue a career and not a job.”