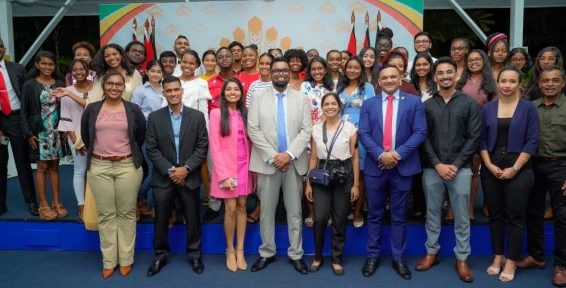 President Dr Irfaan Ali told this year’s Youths in Natural Resources (YNR) Apprentices that by 2030 they will be living in the best city in the world while he underscored the importance of their involvement in the transformation process.

The President, who addressed the apprentices at State House on Tuesday evening, said that Silica City, when completed, will bridge modern facilities with a sustainable approach to living.

“Young Guyanese would grow up now in what will be a new city, Silica city; a smart city, a city that will encompass all the modern features, all environmental features, sustainability features, freshwater. It is a city that would be connected to the old city, but it’s going to be a very young city. Maybe from how it looks, the average age in that city might be about 37 years. So it will be the next kind of generation…”

This new city, he added, is one component of the country’s transformation, which will also include the establishment of an innovation hub as well as massive development in the agriculture sector. All of these initiatives, the President emphasised are integrally tied to youth involvement.

“So those are two things that we’re doing. But then also we have launched a very special programme with young people to address food security, the Shade House programme.  You are growing up in an era in which Guyana will move from importing fresh flowers to producing all our local fresh flowers. And era where Guyana will be moving from importing strawberries, blueberries, and blackberries, to an era where we will produce all of that right here.

“So, the third plan for the development is that we are now working on a massive project that will see the first hydroponics hub in the Caribbean/Latin America, here in Guyana… these are the things that will move our country in a new direction.”

President Ali underscored that while the oil and gas sector unlocks resources, Guyana’s development is not solely hinged on those funds. The resources from that sector, he reiterated, will be managed responsibly to build out the economy in a sustainable manner.

Building a ‘One Guyana’

He told the teens and young adults that their generation will have the responsibility of building, shaping and inheriting a country that is forged in unity, strength and purpose—a country that is ‘One Guyana’. 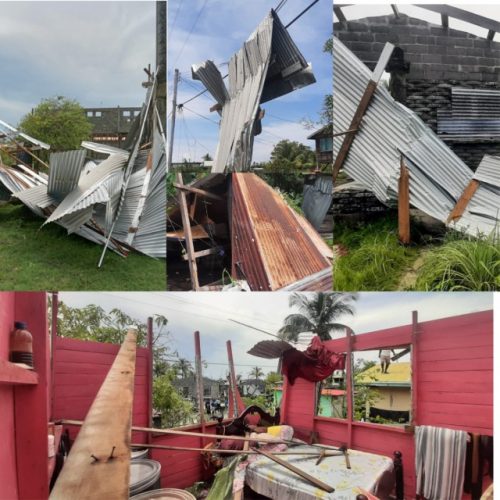 The YNR Programme, President Ali pointed out, also affords the participants the opportunity to see and appreciate the beauty of their country.

“You all were given this opportunity, an opportunity that many young people would like to have, to see so many places… But seeing your country allows you to appreciate your country and to love your country…because the beauty of our country can change who we are inside, can change our own appreciation for what we have as a people, our heritage, our country, our land, our waterways; then we will all do better in loving each other, caring for yourself and caring and protecting our country.” This understanding and appreciation, he continued, is important in building who we are as Guyanese. President Ali also assured the youngsters of his Government’s continued support.

The Youths in Natural Resources Apprenticeship Programme was launched in July of 2022 with 50 participants between the ages of 16-21.  The young Guyanese were exposed to various sectors under the purview of the Ministry of Natural Resources, including mining, logging, and the petroleum sector.

The Minister of Natural Resources, Vickram Bharrat and other officials from his Ministry attended Tuesday’s event. (Office of the President)