Oil surpasses $85 for the first time in seven years 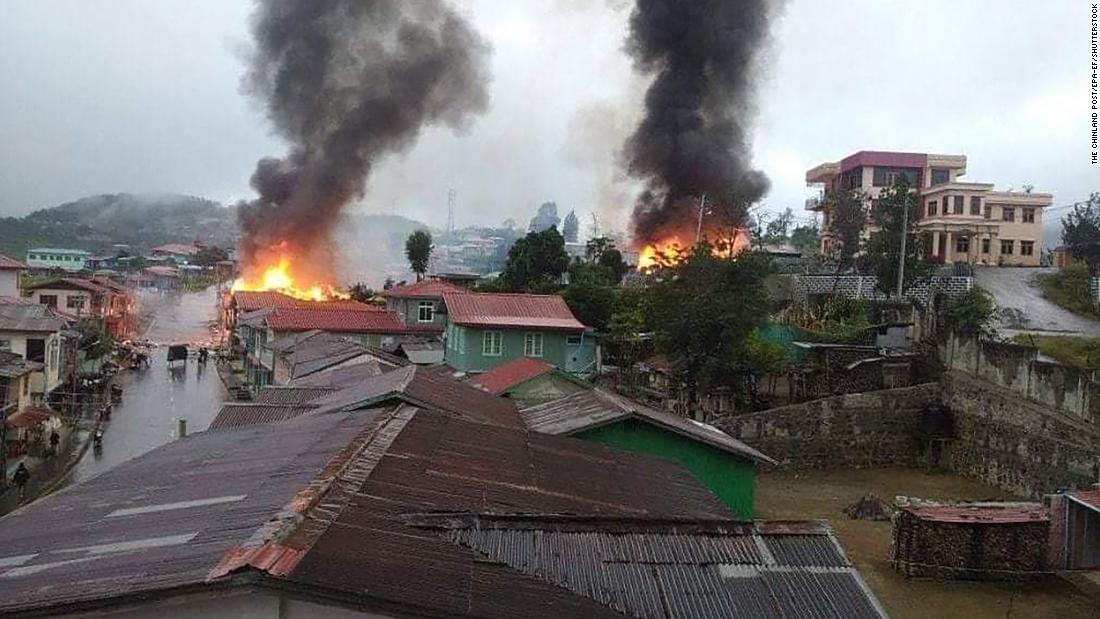 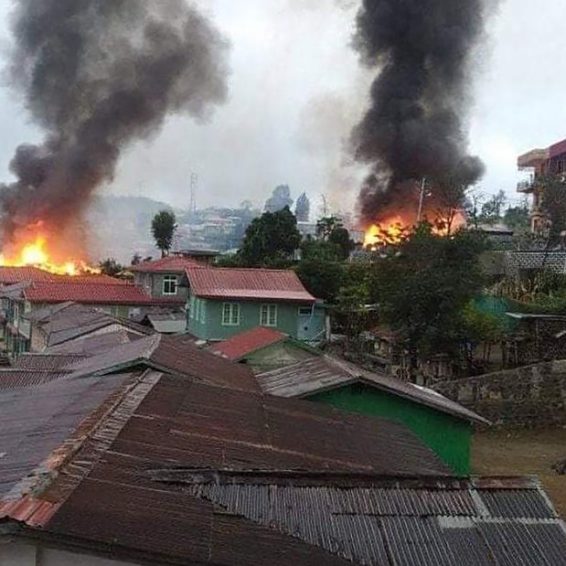 1 month ago·2 min read
ShareTweetPinShare
Home
World News
Myanmar town near India border sees exodus as thousands flee fighting
About 10,000 people normally live in Thantlang in Chin State, but most had left to seek shelter in surrounding areas including in India, a community leader said.
In India’s neighboring state of Mizoram, the head of a civil society group said 5,500 people from Myanmar had arrived in just two districts over the past week, as they scrambled to escape a military crackdown.
Myanmar has been in turmoil since a government led by pro-democracy veteran Aung San Suu Kyi was toppled on February 1, sparking nationwide anger, strikes, protests, and the emergence of anti-junta militia.
During fighting last weekend in Thantlang, about 20 homes were set ablaze, with photographs on social media showing buildings engulfed in flames.
Read More
Soldiers shot dead a Christian pastor who tried to extinguish a blaze, the Myanmar Now news portal reported, although state media disputed the report.
The Global New Light of Myanmar said the pastor’s death was being investigated and that soldiers had been ambushed by about 100 “terrorists” and both sides exchanged fire.
Salai Thang, a community leader, said four civilians had been killed and 15 wounded in several weeks of conflict with the military also using air strikes after an army base was overrun.
The Chin Defense Force, a militia opposed to the military, said in a statement 30 soldiers had been killed.
Myanmar’s shadow government launches ‘people’s defensive war’ against the military junta
Reuters could not independently confirm any of the claims and a military spokesman did not answer calls seeking comment.
A relative of the dead pastor told Reuters that only a handful of households remained in Thantlang, including about 20 children in an orphanage.
“The murder of a Baptist minister and bombing of homes in Thantlang, Chin State are the latest examples of the living hell being delivered daily by junta forces against the people of Myanmar,” Thomas Andrews, UN special rapporteur on human rights in Myanmar, said in a message on Twitter.
There has been an upsurge in bloodshed in areas like Chin State after the National Unity Government, a shadow underground administration set up by opponents of the military, declared an uprising on September 7 and called for newly formed militia to target the junta.
The attempts by the People’s Defense Forces to take on the well-equipped army have often resulted in civilians being caught in crossfire and forced to flee.
Community leader Salai Thang said he was deeply concerned about the displaced finding food and shelter.
In Mizoram, arrivals from Myanmar in the past week had mostly crossed the Tiau river by boat, the head of the Young Mizo Association, a civil society group, said by telephone.
“We have set up temporary shelters using tins (tin roofs) and tarpaulins to house these refugees purely on humanitarian grounds,” said Lalnuntluanga, who uses one name.