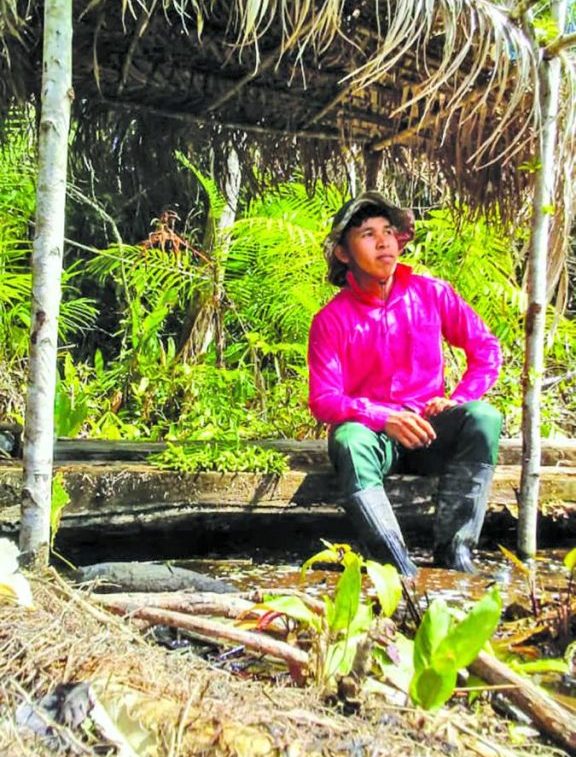 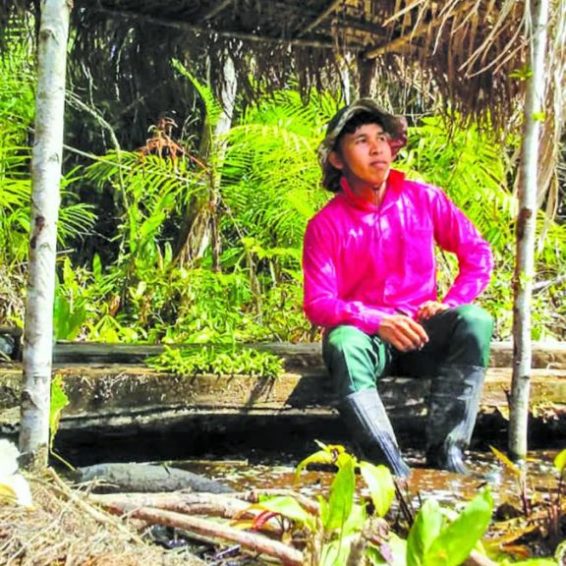 Jose Smith, a 19-year-old from the Indigenous village of Wakapao in the Pomeroon-Supenaam Region 2, is very passionate about farming. The young man developed his love for farming from an early age, since his family has been farming for his entire life.

Wakapao originates from the Lokono word ‘Wakokwan’, which translates to ‘pigeon’. Based on Na Eseru, a social media page dedicated to highlighting everything Indigenous, the village of Wakapao was established around 1850, and is made up of a vast mainland and a number of scattered islands.

It has just over 3,000 residents, mainly from the Lokono nation. The village is also home to the largest group of fluent Lokono speakers. The village is located about 35 miles by river from the small township of Charity on the Essequibo Coast.

Jose says that growing up in Wakapao is responsible for him being the well-rounded individual he is. He remembers going to his parents’ farm, and fishing and swimming in the creeks.

“As a child, it was so much fun. We used to swim all the time in the creeks all the time, and be jumping from the trees. We used to be eating awara, coyoro and a lot of whitey during my childhood. I really enjoyed growing up in the village here,” he said.

He grew up in a large family with eight siblings, so that means he always was with them enjoying what the village had to offer. Education also played an important role in his upbringing, and he attended the Mabel Sandy Primary School in Wakapao, and after completing his National Grade Six Assessment, Jose was awarded a place at the Anna Regina Multilateral School on the Essequibo Coast.

When he moved to the Coast, Jose was living with a family that was also heavily invested in growing their own food. “While attending Anna Regina Multilateral School, I had to live with a family, and they had a backyard garden and they were growing greens and vegetables like baigan, bora, ochro, carilla and so. I used to help them out, and from there I learn how to do more vegetable farming, because my parents them does plant cassava.
“I learn a lot when I was with the family there, and I know it was something I wanted to do on my own at some point,” the young man said during an interview with this publication.

Jose was about to enter his final year of schooling at the Anna Regina Multilateral School when he was transferred back to his village to complete his education at Wakapao Secondary. There he sat the Caribbean Examination Council’s Caribbean Secondary Education Certificate (CSEC) exams and gained passes in eight subjects.

CH&PA engages prospective homeowners in Linden, as construction of another 20 houses begin

Immediately after finishing his examinations, the young Jose started preparations for setting up his own farm.

“When I finish exam, I decided that I want to start out farming. So, I cut my own (farm) and started planting right in Wakapao. I went right where my parents does plant cassava and I started to chop the bush and prepare the land to start planting. My parents they helped me too, and I get the land ready and started to plant.

“I does plant all organic greens and vegetables, like bora, ochro, red beans, tomatoes, sweet cassava, carilla, eddo, banana and pakchoy. I would sell it right in the village here when I harvest, and that has been how I have been getting money. I really does enjoy the farming too,” he said.

Jose has been thinking about expanding his farm. The young man is currently employed at a coconut farm, where he is learning to grow and process coconuts. It is his intention to venture into that aspect of farming as well.

The young farmer has said that he would soon be pursuing a career in teaching, but would not give up his farming venture. He believes that organic food is essential to the health of everyone, and he is doing his part to ensure everyone benefits.