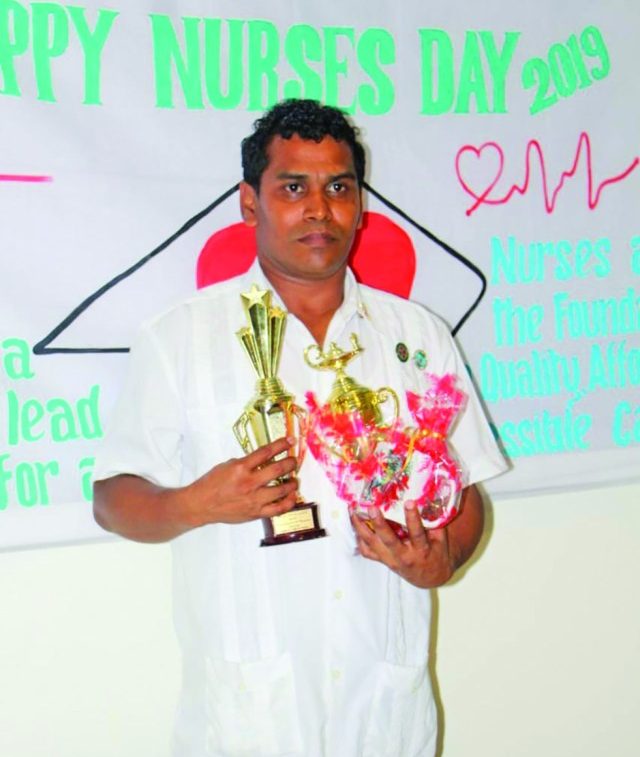 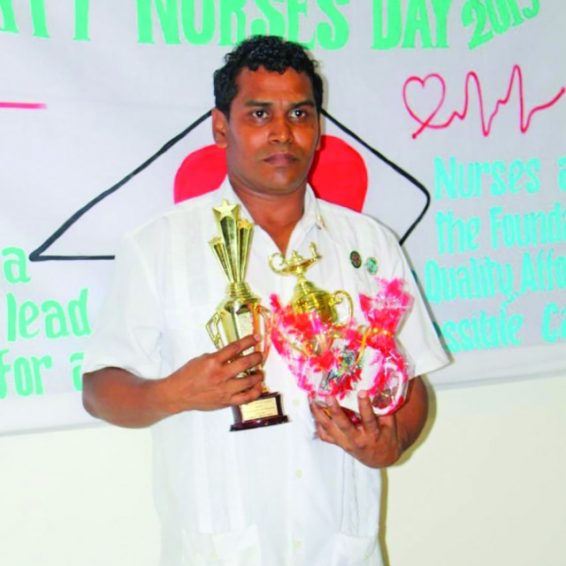 “My mother was sick, and I felt helpless” – male nurse on why he entered the profession

1 month ago·2 min read
ShareTweetPinShare
Home
Local News
“My mother was sick, and I felt helpless” – male nurse on why he entered the profession
The content originally appeared on: INews Guyana
Nurse Dexter Bourne during a previous Nurses’ Week activity

Many persons make career choices based on a prior experience, and for Dexter Bourne, seeing his sick mother in a helpless state motivated him to enter the field of nursing.

How it startedToday he is one of a few male nurses in Guyana and the only male nurse to originate from the North West District to date. Having served the health sector for so many years, Bourne’s love for the job and professionalism is admired by many, including many of his colleagues who have worked alongside him in the most testing situations of their respective careers.

According to Bourne, it all started one night around 2001 when his mother fell ill. He told this publication that the woman was vomiting and she had severe stomach pains. “I did not know what to do. Just looking at her in pain from then on, I said I have to enter the health field,” he noted.

He then applied to the authorities and luck came his way; on May 1, 2002, he started out as a ward orderly at the Mabaruma Regional Hospital. After serving in that post for a few years, the ambitious Bourne completed training in physiotherapy in 2006 and continued serving in the nursing field at the Region One hospital.

Luck came his way a few years later when he was selected to pursue the nursing programme and he travelled to the Charles Roza School of Nursing at Linden in Region 10 to commence training. He said at the time he did not feel “out of place” since there were two other males on the course.

After successfully completing the training, he went back to Mabaruma and has been serving the region ever since. He has worked at hospitals across the region and at the moment he is attached to the Port Kaituma District Hospital.

Bourne said he has many memorable experiences but the one which stands out happened soon after he returned to the North West District following his training. He said he was working the night shift at the time. It was a bit late and as he worked the shift; a male entered the hospital with a large cut on his abdomen. He said it was an eye-opening experience to see the man in such a state and he and his colleagues immediately sprang into action.

The team was relieved when the aircraft circled overhead Mabaruma at daybreak the following morning and after preparing the patient for travel, the injured man was air-dashed to the city where he underwent an emergency operation. The man is still alive today, Bourne said.He said they managed to stabilise the man and waited for a medical emergency aircraft from Georgetown. 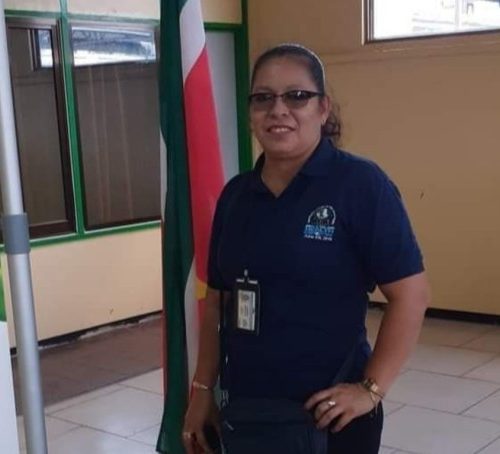 He said the job can be fatiguing but according to him, he chose the field of work purely because he expresses love, compassion, and empathy in caring for the sick. “Those are qualities that one must have when it comes to nursing,” he said. In addition, he noted that such qualities never grow old.

As for him being a male in a profession which is dominated by females, Bourne remains steadfast and proud of his career choice. “Sometimes the stereotype is there but after looking after a patient, including males, the quality of care I give is usually optimal,” he elaborated.

As for his future, he plans to pursue a diploma in the registered nurse field. He said he already applied to the authorities and he is anticipating that he will receive a favourable response.

As regards those who may want to pursue nursing, Bourne said one has to love being in the field. “It is a very noble and rewarding profession, but you have to have the heart for it,” he opined.