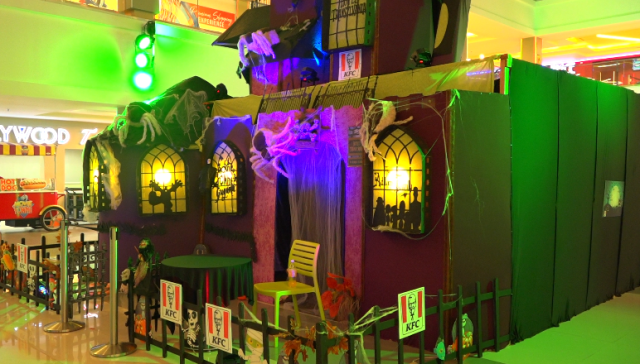 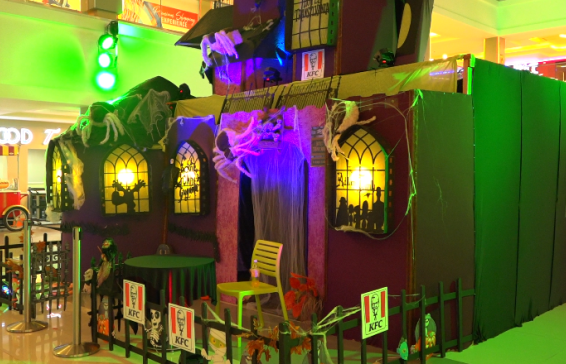 [LoopTT] MovieTowne is facing backlash after Guyanese accused the company of displaying “racist” and “culturally insensitive” props in its Halloween Haunted House.

A video taken by a recent visitor to the Haunted House showed characters painted brown and dressed in clothing similar to what was worn by enslaved Africans on plantations.

The props were hung by their arms with rope, which some Guyanese said were akin to a hangman’s noose.

“They bypassed ghosts, skeletons, Frankenstein to lynch Africans in a haunted house?? (sic) Who in their right mind even thought this was a good idea??” a woman commented on MovieTowne Guyana’s Facebook page.

“This is appalling on so many levels. I hope they recognize and acknowledge their error and fix it immediately. Sorry that this is paraded as entertainment in “celebration” of a holiday,” another woman commented.

Loop Caribbean News contacted MovieTowne Chairman and founder Derek Chin and he initially said that he had no comment on the matter since he did not see the videos or the social media posts.

However, he added: “When you have a white ghost, you want to have a black ghost then? Casper is racist? I know Casper the ghost for many years when I was a child…it was a white sheet.”

“I don’t know what black ghosts look like. Now they are taking things to another level.”

The Guyanese-born businessman, who now resides in Trinidad and Tobago, noted that in today’s racially tense climate almost anything can be misinterpreted.

“When we talk about [race], you can interpret anything as you want it. There is this movement in the United States of taking down statues that depicted an era where they were slave masters or whatever or Christopher Columbus for that matter.

“We weren’t there in that time. We don’t know what the bad or the good was.”

Chin later contacted Loop Caribbean News after he spoke with his managers in Guyana and said he was “totally surprised” by the social media backlash since the pieces were created by the company Bravo Arts, which is owned by an Afro-Guyanese man.

“I have instructed them that maybe they should have red or yellow ghosts in the future,” Chin remarked.

Loop Caribbean News contacted Steve Douglas, the CEO of Bravo Arts, who denied that race played any part in his creation.

Douglas said he thought the matter was being blown out of proportion.

“The props were not hung by their necks or anything of the sort. If people looked at the dolls, they would see that they are tied by their hands. Race has nothing to do with it,” he remarked.