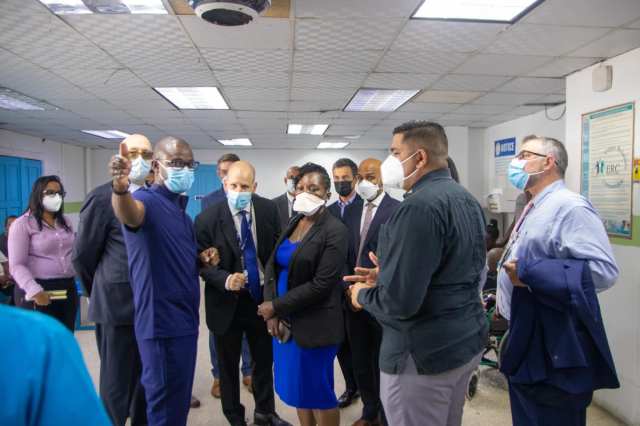 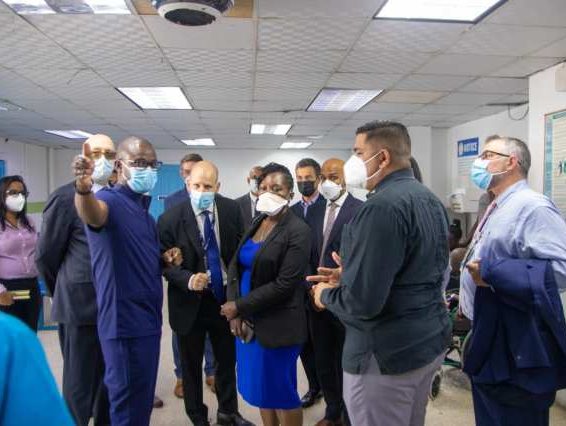 A team of experts from Mount Sinai visited Guyana to assess the country’s current resources in oncology, amid plans to establish an Oncology Centre of Excellence.

The Oncology Centre for Excellence has been dubbed a pivotal project in enhancing cancer care not just for Guyana but the wider Caribbean. In July, the Government and officials from Mount Sinai discussed this initiative, which will be executed through a public-private partnership.

Health Minister, Dr Frank Anthony recently stated that the team would have assessed the current resources in the health system before a decision is taken to develop the facility.

“We have a team that came in because two of the projects that we’re working on is the Oncology Centre of Excellence that we want to build. The team came in with very skilled, high-level experts in oncology…They assessed what we currently have and they have been looking at what we will need to put in so that we can start working on developing that centre.”

Last week, another team from Mount Sinai was in Guyana in keeping with the agreement that was signed in July – the National Health Care Initiative – a three-component plan that focuses on enhancing the country’s primary healthcare services, improving patient care and management at the Georgetown Public Hospital Corporation (GPHC).

The current project is to upgrade the Georgetown Public Hospital and over the next months, changes will be seen at the facility and in the operational conduct. 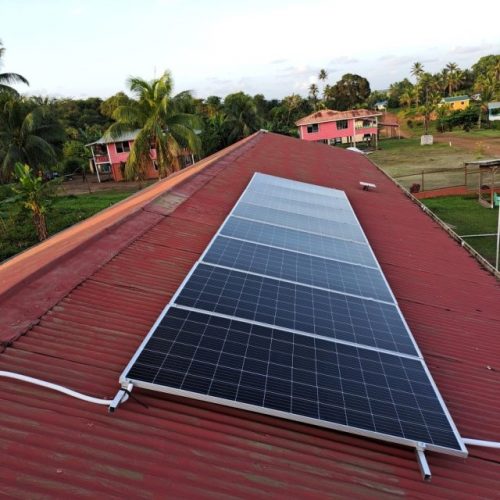 The idea is to replicate these changes at other regional hospitals. Meanwhile, a team is expected next week to advance talks concerning the establishment of a Cardiovascular Centre of Excellence.

The group of professionals has already reviewed the implementation of electronic medical records, assessed the current workforce and training programmes; and strengthened the various systems in the Ministry.

After assessing the current setting, recommendations are to be made for the necessary upgrades.

“We have agreed that we will be focusing on diabetes because that is one of the non-communicable diseases that has been affecting a lot of Guyanese. We want to build out a very strong system for treating diabetes and we feel that once we can get that going, then it would help to prevent some of the other chronic diseases,” Dr Anthony added.