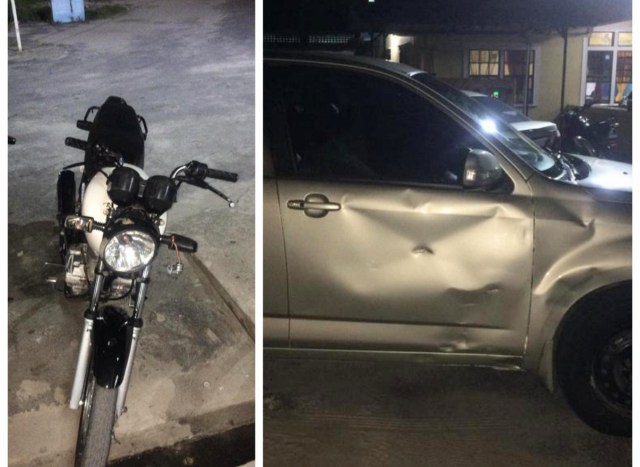 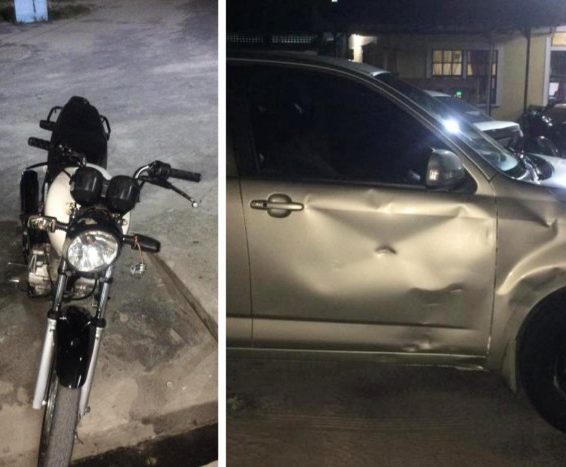 Motorcyclist injured in accident whilst trying to overtake car

A motorcyclist is now hospitalised after he was injured in an accident which occurred at the intersection of Blue Mountain and Aubrey Barker Roads, South Ruimveldt, Georgetown.

The incident, which involved a motorcar driven by a 51-year-old woman of Prashad Nagar, Georgetown, occurred at around 17:30hrs on Sunday.

Whilst in the vicinity of Blue Mountain Road, the motorcyclist attempted to overtake the car. However, the driver was in the process of negotiating a right-turn onto the southern drive lane of Aubrey Barker Road. As a result, the two vehicles collided.

The motorcyclist fell onto the roadway where he received injuries about his body. He was picked up in a conscious condition by Emergency Medical Technicians and transported to the Georgetown Public Hospital where he was treated for a fractured left hip. He was later admitted a patient at the hospital.

A notice of intended prosecution was served on the driver of the motorcar who is presently in police custody assisting with the investigation.