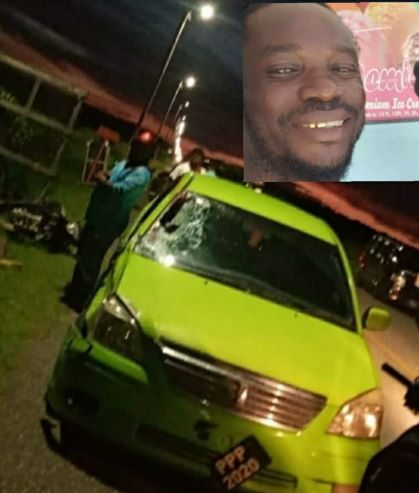 Motorcyclist dies after colliding with car near Berbice Bridge

1 month ago·1 min read
ShareTweetPinShare
Home
Local News
Motorcyclist dies after colliding with car near Berbice Bridge
The content originally appeared on: INews Guyana
INSET: Dead motorcyclist Aubrey Sears and the car which he collided with

A motorcyclist was killed earlier this evening after colliding with a car along the Berbice River Bridge Access Road, Region Six (East Berbice-Corentyne).

The dead man has been identified as Aubrey Sears of No.9 Village, West Coast Berbice (WCB).

Reports are that the motor car bearing registration number PPP 2020 was heading east while the motorcyclist was proceeding in the opposite direction.

This publication understands that the motorcyclist was looking backwards while riding and rode into the car. After the collision, he reportedly fell onto the roadway where he sustained injuries. 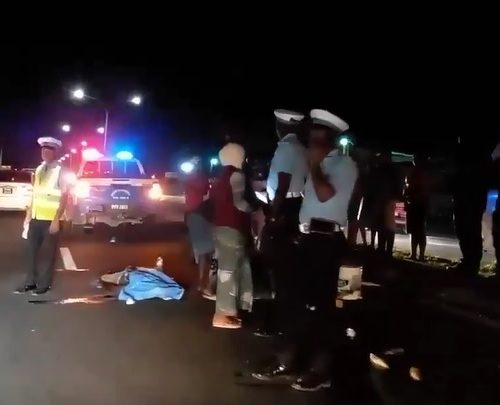 The injured man was picked up and taken to the New Amsterdam Hospital where he was pronounced dead.

Last year March, a couple lost their lives following an accident which also occurred on the Berbice River Bridge Access Road. Speeding was said to have been the cause of that accident as the driver lost control and collided with a concrete culvert and ended up in a nearby trench.