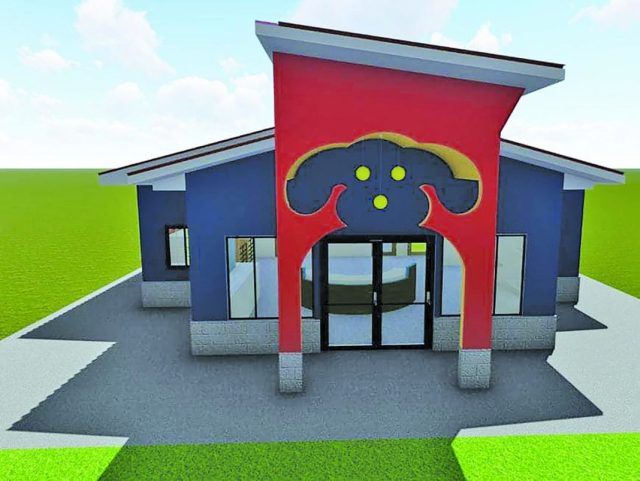 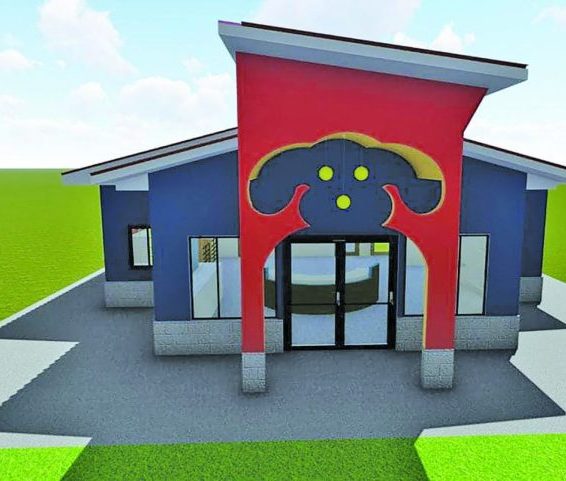 An artist’s impression of the Animal Welfare Centre

In yet another gesture of generosity, Mohamed’s Enterprises will be funding construction of the Animal Welfare Centre under the watch of Paws For A Cause, Guyana. The Centre would be constructed to the tune of $15 million.

A generous donation was made to the organisation by prominent businessman Nazar “Shell” Mohamed on September 28. In an invited comment, the businessman stated that the organisation had approached him, and after hearing what its members had to say, a decision was taken to sponsor the construction of the centre.

“We have a lot of foreigners in the country now, and when they go around the place seeing all the strays, it does not look nice…some of these same foreigners teamed up with the Paws For A Cause- Guyana and they approached us, and without hesitation we have decided that we will construct the centre,” the businessman added.

This publication understands that the non-governmental organisation (NGO) has acquired a plot of land on the East Coast of Demerara (ECD) to construct the facility.

The facility will be state-of-the-art, with classrooms to facilitate children being taught how to care for animals. In addition, it will have a veterinary clinic to properly treat and vaccinate stray animals from diseases.

“I was extremely happy to be part of this initiative, one that will see people coming in to adopt stray animals… We at Mohamed’s Enterprises will continue to donate and sponsor events and activities that will benefit Guyana as a whole,” Mohamed noted.

In addition, the younger businessman, Azruddin Mohamed, stated, “As a nation, we will be judged by the way we treat animals; and, importantly, adds to show who we are as Guyanese.”

He is calling on other businesses to follow suit and support this cause.

Meanwhile, in a post on social media, the Paws For A Cause NGO has expressed gratitude to Mohamed’s Enterprises, stating that animal welfare work can sometimes be heartbreaking.

“The members of Paws For A Cause – Guyana, and other groups and individuals involved in animal welfare, have felt the pain of not being able to save every animal desperately in need. We help those that we can, while working to bring about societal change to make sure that others are not subjected to abuse in the first place.”

Further, the post stated that it has been the dream of Paws For A Cause to establish an Animal Welfare Centre where the primary focus would be to foster a generation of children who are more compassionate and caring to animals.

“Our vision for the centre is one that would be a multipurpose facility – where families, schools and other groups can come to volunteer, play with, care for, and adopt animals. We intend to also focus on promoting improved health and mood boosting benefits through animal interaction,” Paws For A Cause has said.

This dream, the NGO stated, is now on a path to realisation, thanks to Mohamed’s Enterprises.
“We cannot wait to invite all animal lovers to visit and participate in our programs when the facility is completed in 2022. There are many other aspects to our work which (are) only possible through volunteers and donations.”

Meanwhile, the NGO has reiterated calls for the public to rescue animals in need, provide a safe home for them to recuperate, and get them adopted.