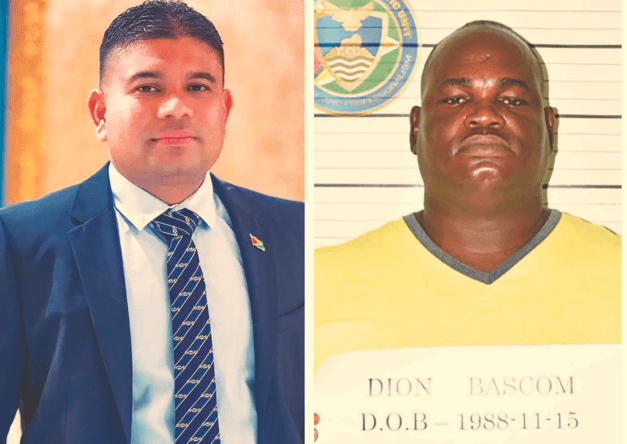 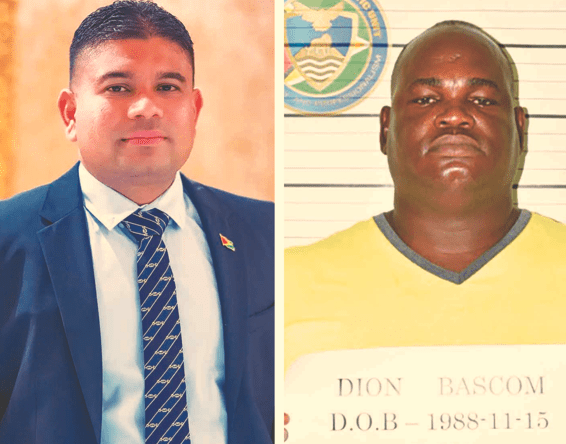 Businessman Azruddin Mohamed has filed a multimillion-dollar lawsuit against Guyana Police Force (GPF) Sergeant Dion Bascom, for defaming him when he made allegations of a Police cover-up in the investigations into the 2021 murder of Ricardo “Paper Shorts” Fagundes.

According to the Statements of Claim filed by the businessman through his attorney Naresh Poonai, Mohamed is seeking a judgement for damages in excess of $100 million, exemplary, punitive and/or aggravated damages in excess of $100 million and an injunction restraining Bascom or anyone acting on his behalf from repeating the defamatory statements he had made about Mohamed.

Mohamed pointed out that he and his father operate Mohamed’s Enterprise, a business known regionally and internationally for gold trading, adding that he is well known for his philanthropy, his practice of the Muslim faith and his successful car racing and sports team.According to Mohamed, his reputation has now been besmirched because the defendant made “several untrue, dangerous, disingenuous, malicious, irrational, unfair, unsubstantiated, unfounded and baseless statements that were defamatory of the claimant.”

Mohamed documented Bascom’s verbatim defamatory claims during his Facebook broadcast on August 11, 2022, including Bascom’s claims that one of Mohamed’s employees was implicated in Fagundes’s murder and that Mohamed had paid an over $30 million bribe to a senior figure in the GPF to cover up the murder.

“Sometime thereafter, the defendant removed the broadcast and video from his Facebook page/profile, however, by that time, the broadcast and video were already seen by members of the public, downloaded, shared and disseminated widely locally, regionally and internationally and the claimant will rely on portions of the said broadcast/live video at trial,” Mohamed documented in his Statement of Claim.

The businessman also noted that on August 12, he sent Bascom a written letter demanding the Sergeant retract his statements, apologise and compensate the claimant. Far from doing that, Mohamed said that Bascom further defamed him and refused to back down from his earlier statements, claiming to have evidence of the cover-up. In fact, Bascom went on to claim that Mohamed only started doing his philanthropy after Paper Shorts’s murder.

According to Mohamed, Bascom also defamed him at a press conference on August 19, 2022, which was also attended by his Attorney-at-Law Nigel Hughes. Mohamed included the verbatim quote of Bascom claiming that Mohamed’s employee was in contact with him before the shooting. Mohamed noted that all of this would be broadcast during the trial.

“These words, statements, and utterances made by the defendant are all untrue, false, dangerous, disingenuous, malicious, irrational, unfair, unsubstantiated, unfounded and baseless, thereby tarnishing and lowering the reputation of the claimant. They were published and broadcast without justification and have caused and continue to cause significant harm and injury to the claimant, his good name, his reputation and has also significantly lowered his standing in the Guyanese, Caribbean and international communities.”

Initially, Mohamed had threatened a $25 million lawsuit against Bascom, if he did not retract his defamatory allegations, issue an unqualified apology approved by the claimants and pay monetary damages agreed upon within seven days for defamation of character and goodwill. That was since August 13. 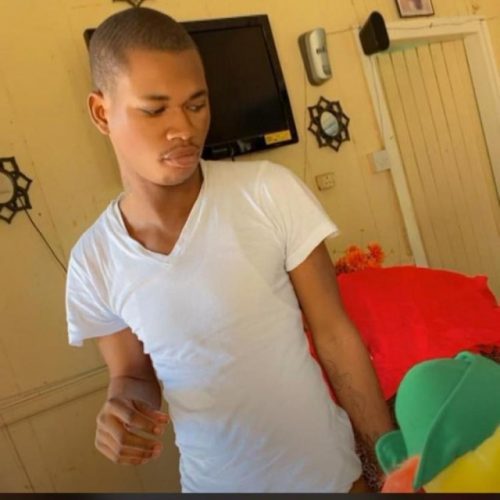 Prior to his public accusations, Bascom was among five people who were arrested when the Customs Anti-Narcotics Unit (CANU) raided a Norton Street, Georgetown house. Reports are that CANU officers conducted an operation at a Norton Street residence, where a known drug trafficker resides.

A subsequent search of the premises led to the discovery of four parcels containing suspected cocaine. The known drug trafficker along with the cop and three persons were arrested at the premises. While Bascom has not been charged for this, the Director of Public Prosecutions (DPP) has recommended charges against him.

Ricardo “Paper Shorts” Fagundes was killed execution-style in March 2021 outside a popular Main Street, Georgetown night spot. Reports are the man was partying with a group of friends at the bar when his phone rang and he exited the club to take the call, but soon after, several gunshots were heard. Reports are that the now dead man’s friends rushed out to enquire, but found Fagundes lying motionlessly in a pool of blood close to his motor car.

Following the allegations made by Bascom, the Guyana Government engaged the Regional Security System (RSS) to seek external assistance in its efforts to solve the murder of Fagundes. The RSS is a defence and security alliance of the Eastern Caribbean Region. RSS Headquarters are located in Barbados and is the Coordinating Secretariat of the Caricom Security Assistance Mechanism. As a result, it has additional responsibilities to the wider Caricom Region.