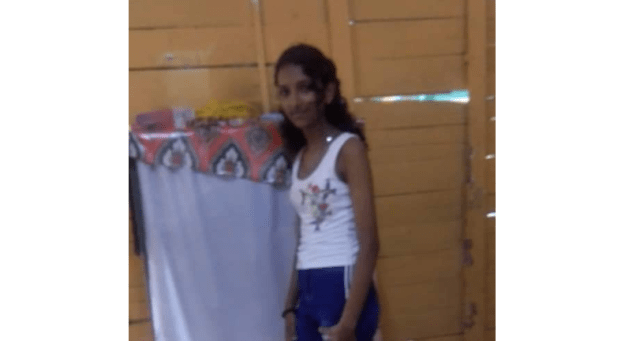 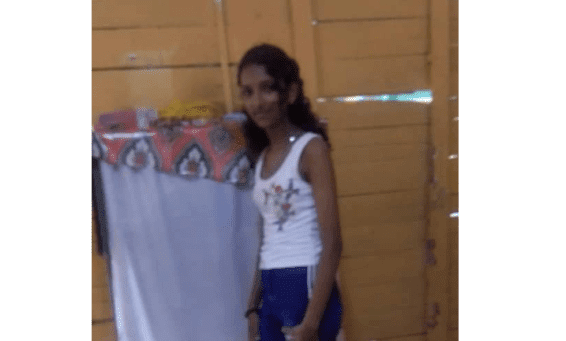 Fourteen-year-old Varshnie Ramdass, who went missing on Wednesday last after dropping her brother off to school, has been found.

The child’s mother, Pinkey Ganga told INews that after the Evening News carried the story on the missing child, someone contacted the family and informed them that the young lady was seen at a location in Belle West, Canal Number Two, West Bank Demerara (WBD).

The mother said the family contacted police officers and together, they went to the location at around 23:00hrs where the child was reportedly found in the company of a man and his wife who have since been taken into custody.

The man is said to be the same suspect who had in the past reportedly made inappropriate advances towards the teen.

The mother also told this publication that her child was found with bruises about her body.

When asked, the mother could not say if the child was being held against her will.

The Childcare and Protection Agency (CPA) along with the police are investigating.

Ramdass, a student of the Windsor Forest Secondary School who resides at Jetty Squatting Area, Vreed-en-Hoop, West Coast Demerara (WCD) disappeared at around 11:30hrs after she had dropped her brother off at the Vreed-en-Hoop Primary School.

The child and her mother had reportedly made plans to visit the Vreed-en-Hoop Secondary School that very day for her to be enrolled there.

On the day the teen girl went missing, she had in her possession her $15,000, her personal documents and a one pennyweight gold chain.

The family had suspected that the girl was in the company of a man, whom she had complained about several months ago. INews was told that this is the same man the child was found with at Belle West.

“She give we a complain about couple months ago that a man use to molest her and her stepfather meet with the boy’s parents and complain. She said she don’t like the boy and how he would approach her. She said that he like she, but she too small for that. We went to his mother and we tell them and they apologise,” the mother explained.

Prior to the discovery of the child last evening, Ganga said the family went looking for her daughter at a Crane, WCD house where it is being alleged that the man took her.

“This is a house where people accuse a woman of keeping young girls and putting them to sell their body. The Police cooperate with us… we went and get two Police at Vreed-en-Hoop Police Station and we went to the house in Crane and they searched but nobody was there,” she explained.

The woman said some family members were also arrested and charged on Monday, after revisiting the Crane house on several occasions with the aim of finding her daughter.